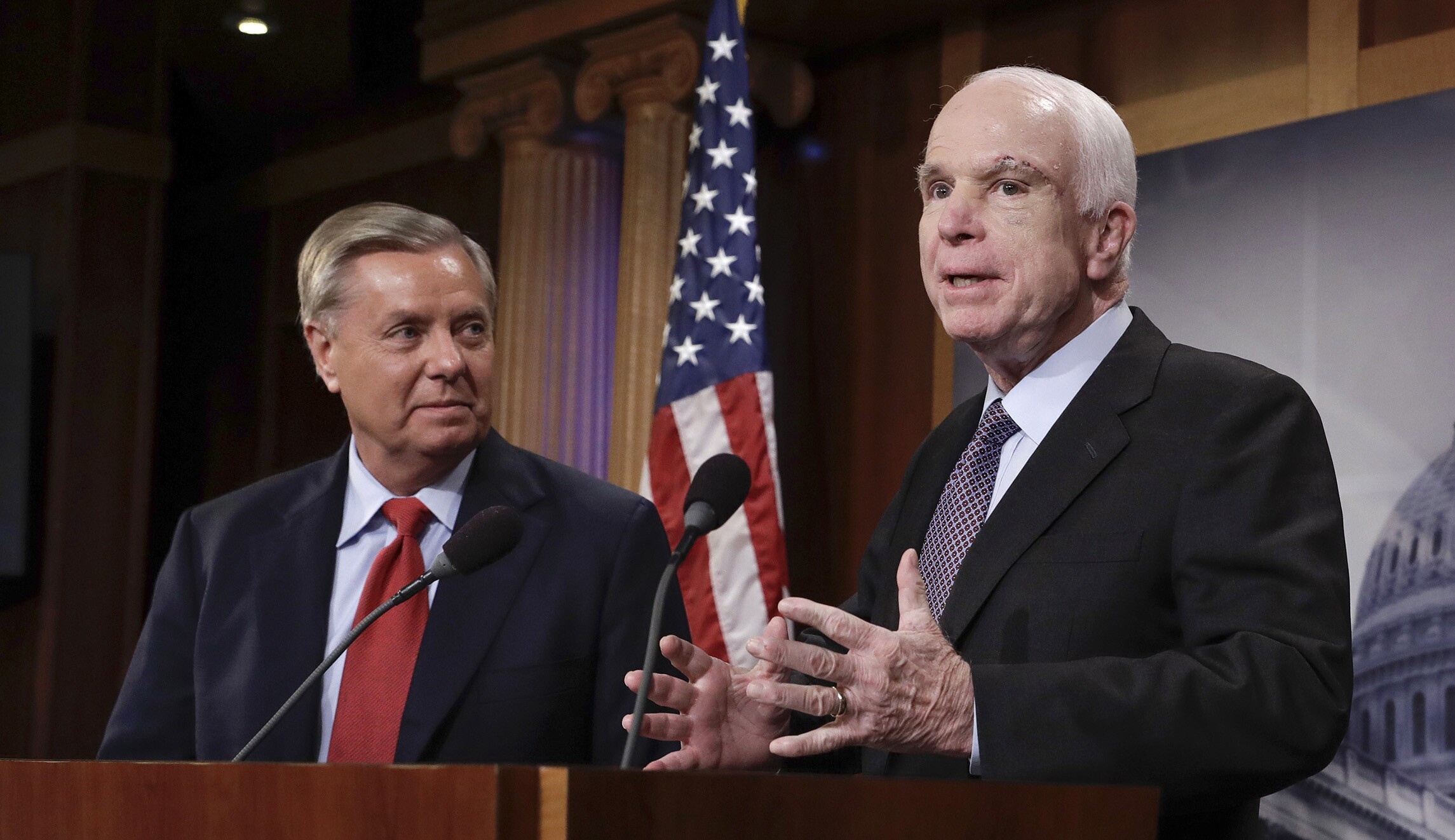 Lindsey Graham and John McCain were best friends.  Graham is Megan Mccain’s godfather.   Senator Graham has been largely silent as his best friend is being maligned by President Trump.