For years, driving a low polluting earth friendly car made some earthlings feel good about themselves.

Toyota led the way with its Prius an sort of odd looking cars that screamed ” I’m saving the earth” The cars were competent, but not fun.

In the 90’s, General Motors leased an electric car called the EV-1 A sterile ugly car, that only a sterile ugly mother could love! However the lessors loved them and wanted to keep them, but GM recovered and crushed them all.

Ford, GM and Honda built stylish hybrids but they didn’t say “look at me, not only am saving the planet, but I’m doing so in a homely car.The current Toyota Prius was styled by a mentally disturbed fan of ‘The Jetsons. Its ugly with a capital “U”! Prius’s can be found in the driveways of nearly every million dollar neighborhood in California. The big gas guzzling cars are in the garage.

In 2012, Elon Musk turned the auto world upside down with the Model S.

S, has to be for sexy. Not only were they sexy, they were fast and fun to drive and unlike the Prius, these were all electric and had a driving range of nearly 300 miles. But Sexy came at a price. Starting at 60 grand and many selling for over a 100K the Model S is out of the reach of most Americans,

Tesla was the stock market darling. Elon Musk has a talented tongue. Investors poured billions into this non profitable company. Hoping Tesla will one day become the newest Amazon, or Google. And while the investors were charmed by Mr Musk, they eventually wanted to see a return on their investment. 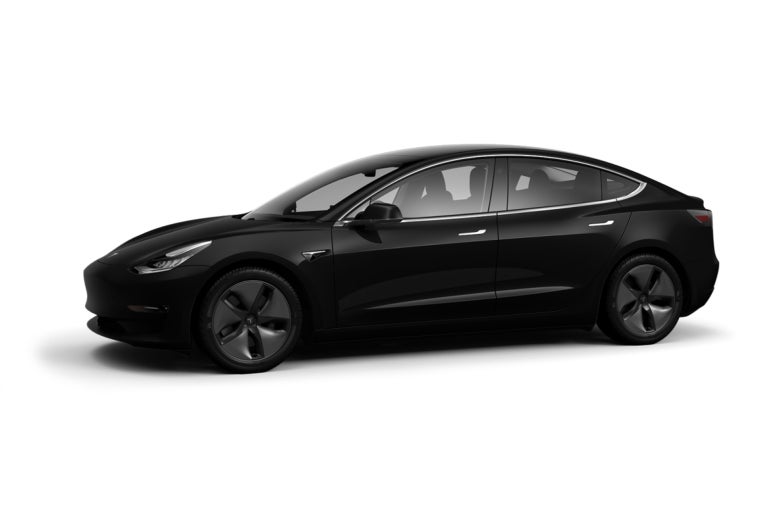 Elon Musk promised profitability with a car that the average Joe could afford. A $35,000 electric car with a range of 200 miles. Musk has a Steve Jobs like following. and more than a half million people left deposits, a feat unmatched by any automaker. Musk said nearly 100, 000 cars would be built the first year.

However less than 2000 cars were built in the first year. and less than a hand full of buyers walked away the $35,000 peoples car.  With the Model S out of my league and the horror stories about the early Model 3’s, the Tesla wasn’t in my sights ……..

.Then the reviews started to come in. First from Consumer Reports and then You Tube videos like this appeared ‘

The Model 3 now has my full attention. Like the more expensive Model S, the car will drive itself. With your cell phone, you can pull it out of the tightest parking spot.

Mommy, I want one!

There are many You Tube videos of this 50 grand electric car, quietly blowing the doors off much more expensive cars is appealing. Like a Dodge Charger Hellcat beating a Ferrari. David beating a crap out of Goliath.

The world wide demand for the Model 3 is very high. The model 3 just went on sale in Australia and Britain where some customers have been salivating for more than three years. Adding insult to injury. The car that has been taking sales from Germany’s best is the best selling electric car in Germany. .

I have long wanted a Tesla 3…. I have told everyone I know, hoping one day, someone may buy one for me and shut me up!    Just think about it. A properly equipped non polluting Tesla can humiliate most petrol polluting V8 or Turbo charged car.  For the first time a tree hugger can flip off a man in a Camaro and live to tell.

A good friend recently bought my dream car. The bastard ordered his car with all the options I have talked about in the last year or so. The only reason he is still able to roam the earth (or Sacramento) is because he bought a different color. It has the performance package with two motors with a range of 310 miles. Tesla said it will reach 60 in 3.2 seconds. Color me, black with envy. The car IS amazing., the torque will pull your face back. No noise, just instant power. We spent most of the afternoon talking about the car and driving the car around Sacramento International at speeds that would guarantee jail time.

As much fun,I was having, its left me wondering do I want to drive a car that I would need to consult the manual. It is quite the learning curve. There are basically two buttons in the car, every function from the radio to directing the air flow is controlled through the 15 inch monitor. What if the monitor goes dark? Is this technology overload.? The other thing that troubled me was the fit and finish or the car, it was atrocious, there were large gasp and the front boot wouldn’t open properly. There were a couple of squeaks over broken pavement on Elverta road in a car that had less than 100 miles. This car had one option that wasn’t on my list, the six thousand dollar autopilot. It is simply amazing. All out ,the car for the masses cost nearly SEVENTY THOUSAND DOLLARS.

Here in Sacramento, more and more people are buying EV’s . Charging stations are everywhere. One friend owns a basic white Chevy Bolt. He was one of those half million people who put a deposit on the Tesla. They called him several times but he wasn’t prepared to spend 45 thousand on a car. After a test drive he bought the Bolt. His commute is 30 minutes and his charging cost for April was less than twenty dollars. His car has been trouble free for eighteen thousand miles .

South Korea’s Hyundai Kia has quietly introduced three all electric vehicles. The Hyundai KonaEV, (Base 37,000) Kia NiroEv (Base 39,000) Kia Soul EV (Base 38,000) with ranges from 238 to 258 miles. The early reviews on the vehicles have been favorable. Unlike the Tesla, there isn’t much of learning curve as the controls on their EV’s are in the same places you would find on any other car.

Hyundai Kia may introduce two other EV’s before the end of the year and unlike GM and Tesla their EV’s  qualify for the full Tax Credit.   The problem with Hyundai Kia is production. There was demand out of the gate. While there are models available in Canada, most of the production is going to Europe, notably Denmark. Dens buy more electric cars than any other country and there is a sizable waiting list for the Hyundai Kona. In the US there is a waiting list for all their EV’s .The prices for all EV’s are expected to come down by 2025.

It maybe too early to buy a Tesla EV

Tesla is the only automaker that I know of that can repair many issues via a download. What happens if its mechanical? What if I’m in accident, where do I take this electric wonder?

There are some of us who are old enough to remember the 70’s, 80’s start ups who built the Bricklin-SV1 and the Deloren DMC. These independent automakers built futuristic cars with gull winged door. with parts from other automakers. After the WOW factor was over, owners lived with vehicles that weren’t reliable and most lost their investment after the companies went out of business.

I think Tesla is here to stay in one form or another. The companies investment in electric vehicles and battery development is unmatched. Because of Tesla, smaller automakers may have to merge with other automakers to survive, as it will cost Billions to bring an EV to market.

Some of the European automakers have quietly conceded to Tesla. While Tesla isn’t profitable. They cant build a car as cheaply as Tesla. Perhaps it it’s Apple simplicity. Not only can they build as cheaply, few can match the range of the Tesla’s. The new seventy thousand dollar Jaguar I pace EV has a range of 234 miles and Audi’s $75,000 E-tron has a range of 204 miles. Less than GM’s $35,000 Chevy Bolt range of 238 miles.

I wish there was someone at Tesla to convince Elon Musk to stay away from the manufacturing end of Tesla. To hire individuals from an existing automaker that has a good reputations for building quality vehicles. Toyota was last tenant in the building Tesla is currently in.

If your considering a Tesla click on the link below for the full story and revealing video.

Quality control has been poor. Consumer Reports has removed the Model 3 and the Model S from the recommended list . A friend owns a 2015 Model S with seventy thousand miles. The right rear door wont open from the outside and it has a symphony of rattles and yet he plans to replace this car next year with another Tesla.My fourteen thousand dollars Hyundai didn’t rattle or squeak with 65,000 miles. A rattling fifty thousand dollar Tesla would trouble me.

My next car may be a Chevy Bolt

My last car was a Hyundai, and it was trouble free. My first choice would be the Kia NeroEV. It has the advantage of qualifying for the full $7500 federal tax credit. After calling most of the Kia dealerships, its gonna be a while (most have a waiting list) Based on demand, the first few models are likely to be the optioned up models nearing Tesla prices.

I wonder if GM, took an old page from Toyota. The Chevrolet Bolt isn’t ugly but its far from sexy. Its Electric car peppy, and I can fit it. The Bolt is the primary vehicle used in a ride share program found in downtown Sacramento.

You can rent the car by the minute or by the day. I have rented it a few times and liked it, while I could live without the Star Trek dash with a huge bright 10 inch screen. I could live with the hatchback.

Consumer Reports says the Chevy Bolt is GM’s most reliable model. Its no longer selling well and the discounts make it a compelling buy. Its possible to get into this full EV with a range of 258 miles for thirty grand.Chevy, Kia, Hyundai and the other major manufactures have one large advantage over Tesla. If you have a mechanical issue with your Tesla, there is only one in the Sacramento Region and the next nearest dealership is eighty miles away.

Pros: Tesla has the largest and fastest charger network. If a Tesla charger isn’t available you can use other charges. Technology: No other car maker comes close. Image: Fun to Drive. Range

What will I buy?

My heart says, Tesla…. It has all the wow that anyone can imagine any beyond.  Speed and economy.   However, my head says wow fades, at the end of the day, I want a compantent car that will take me from point A to point B.  Both cars are expensive however over time when you factor in the cost for gas, the EV will end up being cheaper.