When I think of Chocolate, I think of See’s candies, their Chocolate Truffles is sex in a bite.   Or Ginger Elizabeth’s on L Street, their Hot Chocolate will make your eyes roll to the back of your head.

The man from Merced, reportedly filled his cart with more than a thousand dollars in candy, at the Folsom Safeway on Prairie Road.  He bypassed the cashiers and jumped  into a waiting car.

He was stopped on Highway 50 and was identified by Safeway employees.

The Candy man didn’t get a chance to lay his finger on a Butterfinger before he was taken to Sac’s most famous highrise*  The Sacramento County Jail where home cheese faces charges of burglary and grand theft.

No word on the driver of the car, perhaps they got a sweet deal.

*The Netflix Reality Jailbirds is filmed inside Sacramento County Jail 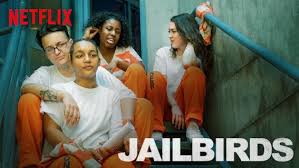