The Great Race entered its final day in Detroit. The winners will move on to the next round in Houston. There were a lot of punches thrown at the principle targets Joe Biden and Kamala Harris. If there is a clear winner in the Detroit debates it was Elizabeth Warren. She is the one to study, every thing tossed at her she caught and never lost her way. 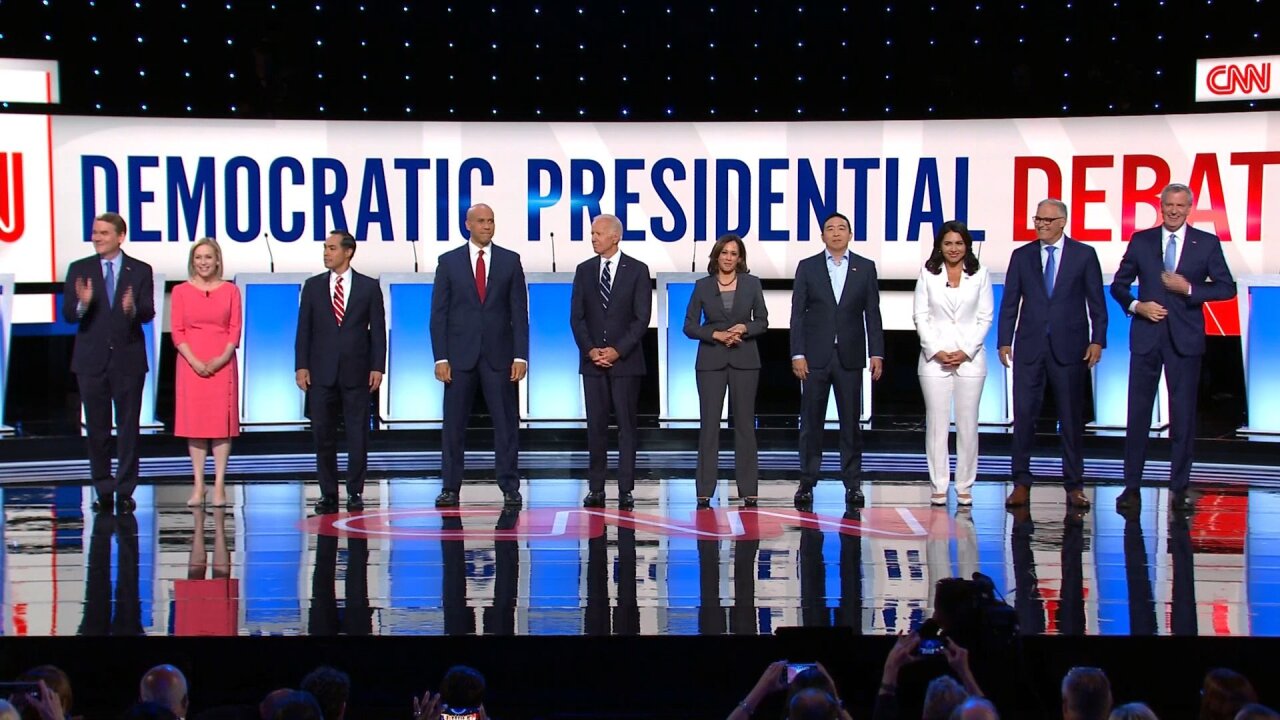 These are my rankings from worst to first

10. New York City Mayor Bill de Blasio went for it. With nothing to lose he went after Biden he swung and occasionally brushed him, but there were no direct hits. He was everywhere. While it isn’t likely he will move on to Houston, someone might be impressed (those living outside of NY) with the big scrapper.

9. Colorado Senator Michael Bennet by all accounts is a good politician who’s voice was lost in this large field of Democrats

4. Joe Biden performance while much better than Miami was uneven. His attacks on Harris on Booker were effective. But he seemed confused or not willing to talk about the issue of race and criminal justice reform. At times he seemed overwhelmed, despite those weaknesses he is a contender.

3.Hawaii Congresswoman Tulsi Gabbard was the star of the evening. Her rating of point something should rise ,based on her dismantling of Kamala Harris. Will it rise enough to get her through to Houston? (I’m sure Harris wants a rematch!) If she pops up on “The View” in the next 48 hours its certain.

1. New Jersey Senator Cory Booker like Gillibrand needed a home run tonight. He succeeded . His opener was a bit shaky, interrupted by protesters. Booker’s strengths was immigration and criminal justice reform. The senator accused Biden for trying to have it both ways when it came to the former President Barack Obama (taking credit when it works for him and distancing himself when it politically convenient.

Booker was responsible for he biggest laugh of the night when Biden said Booker employed stop-and-frisk tactics during his time as mayor of Newark, N.J., while Biden “was trying to reverse,” Booker “There’s a saying in my community that you’re dipping into the Kool-Aid, and you don’t even know the flavor,”

Half the slate may not qualify by Houston, See you in September