I don’t have a clear memory of images on TV of police attacking young black children with dogs and fire hoses to prevent them from marching. When I was a child, the news was something grown folks watched. Television for me was Captain Satellite, The Flintstones, I love Lucy and Bugs Bunny.

I clearly remember when Martin Luther King was assassinated in Memphis. We were kept out of school and I remember being with my friends and trying to make sense of it all. One thing that was clear, all those attacks to black people happen to people down south. Those things wouldn’t happen in California. 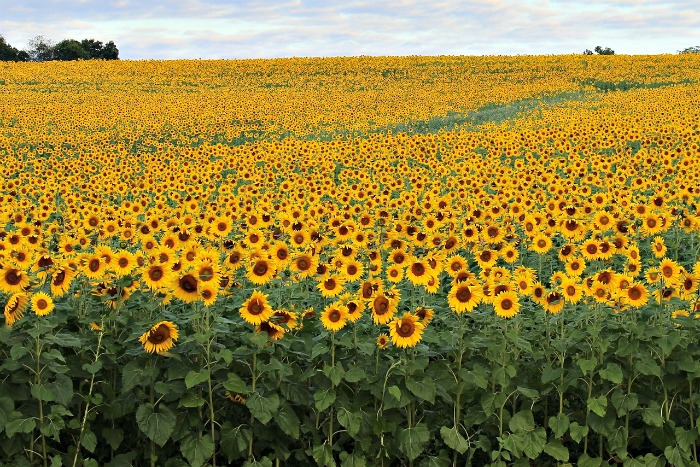 I was a child, brought up on TV, an american in the promise land, California. I believed everything I heard and saw. I may have been a colored child, but based on what I saw, I was the same as everyone else. This is what I believed. No one I knew was lynched, beaten or hosed.

Everything changed when I went away to college where I learned that blacks were attacked and abused by some members of the police even in the San Francisco Bay Area.

My life in the Bay, was multicultural, my friends were of every hue and while there were some homes we knew we couldn’t enter, it was about our friendships.

In my circle, back in the day, we had a couple of friends who had to lay low, because their fathers threaten physical violence, it they were seen in the company of people of color, the worst being Mexicans and Blacks, so they sat away from us on the bus or if one of us had a car, they had to duct down and we would have to drop them off at a remote gas station.

The first time I learned there were two America’s, happened when I was in college. Someone called me nigger! It was my first week in the Central Valley. I initially looked around for someone else black. “Wait they mean me?” Someone in an old Ford pickup with weathered red paint called me a nigger.

My destination was an convenience store three blocks away. To my right was a large empty field, to my left was Shaw Ave. The pickup would drive up the three blocks and make a u-turn. On one of the circles, a passenger nailed me with a full can of Pabst Blue Ribbon Beer. Leaving a huge bruise.

At the store, the driver and passenger taunted me, I ran to building under construction and grabbed a two by four and swung it back and forth. A Sheriff happen by and drove into the work site, I was screaming get them! get them! they tried to jump on me! The two got into the pickup and drove off. I was beside myself. and told the officer, aren’t you gonna do anything ? The officer told me, I shouldn’t come back to THAT store.

The Central Valley of the 70’s was racially divided. I couldn’t connect with anyone, black or white Everyone seemed uncomfortable with people who didn’t look like them .

Through the years, I have visited places throughout the world where I was the only black man for miles, visited places I heard were not welcoming to blacks, but I was never afraid.

Foolish people take people for granted. They convince themselves that an irrational person, wont harm anyone, they say once you get to know them you will discover, they are actually nice rational people. Some will attempt to make an rational excuses when the irrational person acts out.

We knew who he was…. He even went so far to confirmed his intentions to the entire world. There were/are some who said, its all bluster! He wouldn’t do that….. and when he did, they attempted to make rational excuses for his actions. With every irrational action, some one attempted to make a rational excuse. Ignore the dog whistles, He wouldn’t do that!

The Federal Bureau of Investigation says there has been a spike in hate crimes for three years in row. The majority of the crimes are committed by one group. The victims are members of a non christian religion and people of color.

On July 16, the leader of the free world is officially known as racist individual. The label will be associated with his name until the end of time.

The leader is known to be vengeful and spontaneous in a world were facts doesn’t matter to him. He attacked a well respected member of Congress and the district he represents for subpoenaing emails of his daughter and son in law. He accused his district of being rat infested. In his world were facts are for sissy’s, he didn’t realize that his son-in laws company owned over 9000 rat and mold infested apartments in the district.

Again, foolish people take people for granted. No one has disputed that the leader of the free world, faces jail time once he is out of office.

Q What does a trapped man do to stay alive?

The leader of the free world has expanded his attacks on blacks. In Cincinnati, he told his base “For decades these cities have been run exclusively by Democrat politicians and it’s been total one-party control of the inner cities. Most of these cities are run by blacks.

Yesterday, Yahoo released an May 30 an FBI memo warning of “conspiracy-theory-driven domestic extremists.”

In the FBI’s assessment, the bureau warns, these conspiracy movements “very likely will emerge, spread, and evolve in the modern information marketplace over the near term, fostering anti-government sentiment, promoting racial and religious prejudice, increasing political tensions, and occasionally driving both groups and individuals to commit criminal or violent acts,” especially as we move into the 2020 election season.

Today,the once dormant ugly side of America has awakened. People will freely say things that once remained in their heads.

I have been challenged here in Sacramento, one of the most diverse cities in the nation. In my neighborhood Safeway, a man bumped my cart and said, “I bet you want to call me a racist” !

My Sikh friends are challenged and screamed at in stores. If you are speaking in your native tongue to a friend, it’s not uncommon for someone demand you speak English! or American.  If you have accent of any kind, someone might say to you “GO back to where you came from” I don’t recognize this America.

Its a different World

The world of the 70’s and today are quite different. Today, its not uncommon for younger people of many hues socializing together. I worry about my children, and their friends bei`ng at the Gilroy Garlic Festival, or a concert or a mall. Places where we once were safe that doesn’t seem to exist in USA anymore. I’m afraid of the next lever the leader of the free world will pull ,might trigger an American to American.  Of course, he wont be responsible, how could he. He never used the word kill. Someone misinterpreted.  To save himself from jail. Foolish people take people for granted. I’m concerned and Afraid. While, I believe this is temporary and there are good people and good will prevail. I’m woke.