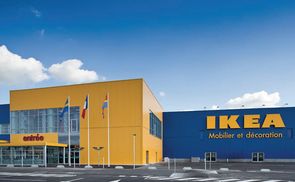 In 2012, the French arm of Ikea was spying on complaining customers and investigating employees.