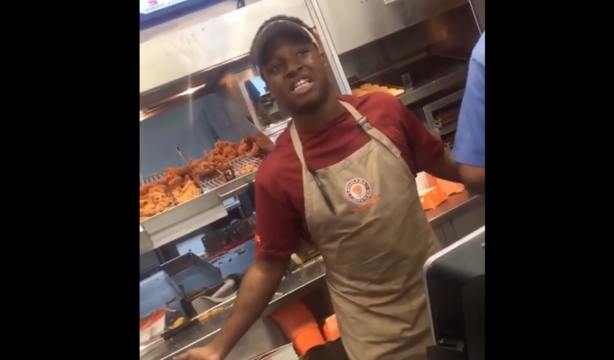 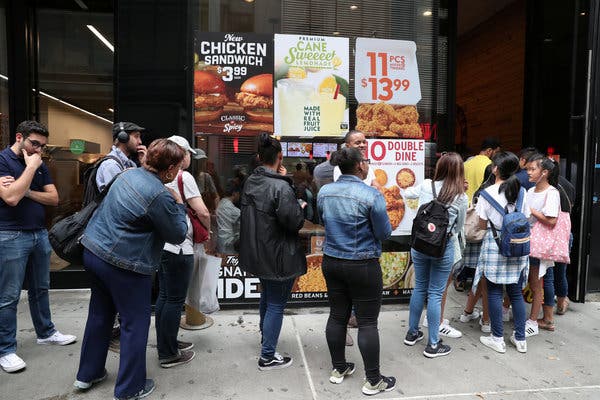 The marketing department. The Executives of Canada’s Restaurant Brands International, (owner of Popeyes) and the Franchise owners Christmas bonus arrived in August.

The Detroit based,  Apex Marketing Group estimated that Popeye’s has reaped $65 million in equivalent media value as a result of the Chicken Sandwich Wars.  The amount is what Popeye’s would have had to pay to purchase the attention it received for free.

Apex takes into account television, radio, online and print news reports, as well as social media mentions.  The evaluation was conducted from Aug. 12, when the sandwich went on sale nationally, through the 27th ,yielding 15 days’ worth of data.  The $65 million figure is nearly triple the $23 million in media value that the sandwich generated in its first few days on sale, according to an earlier Apex estimate.

In a now-deleted tweet, a Twitter user shared an image of an exhausted Popeye’s employee during her break and asked the Internet to turn it into a meme.

No one was prepared for the success of Popeye”s Chicken Sandwich. Employees accustomed to lunch and dinner crowds, weren’t prepared for a 12 hour crowds.   Endless lines, often greeting them as they arrived to work and occasionally angry customers taking out their frustration on staff members well after the store has closed.

Verbal and physical attacks on Popeye’s employees are common due to exceedingly long lines at it’s outlets.  Some outlets have hired security to help manage the crowds.

Stories of mandatory overtime, with some employee working 12 to 16 hours seven days a week is common at Popeye locations.    Overwhelmed and exhausted employee are passing out at work. Stressed staff members are attacking each other.

“The Popeyes in Gainesville, Florida just shut down because the manager got overwhelmed with the sammich orders and collapsed in some grease” https://t.co/66119pCl8g

While the executives and franchise owners bonuses is assured this winter.  Many of first responders ,working the front lines at America’s Popeye’s outlets are earning less than ten dollars an hour.  Many need assistance from the State for health care.

Jose Cil, the CEO of parent company Restaurant Brands International, earns $800,000 in a year and has a “target bonus opportunity” of up to “300% of his annual salary,” according to an SEC filing from January.

Right now It sucks to be a Popeye’s employee.