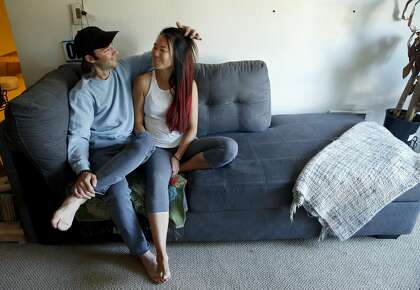 I’ve always known I was into both men and women, but while I’ve dated girls in the past, lately, it’s been mostly guys. As a result, hardly any of my post-grad friends know this fact about me, including my current boyfriend. I really want to tell him about my sexuality, but I’m nervous he won’t react well. What’s the best way to come out to him?

Someone close to me came out as bisexual a couple years ago, and ever since I’ve felt like I’ve had a crash course in how folks with this orientation can feel marginalized, misunderstood and brushed off. People might say insensitive, uninformed things (“Oh, so you’re experimenting!”) or feel embarrassed and not know how to respond.

But perhaps the toughest thing about bisexuality is that if you’re in a “straight relationship,” it’s easy to feel like you’re hiding in plain sight. (I see you.) And when dating, it is tricky to know when revealing this information is relevant; it’s just a part of who you are, but a part worth sharing nonetheless.

For some partnerships, it won’t change a thing. For others, it will. First things first: here’s how to bring it up.

If you want to get it out there ASAP, you can set time aside.

The next time you see your boyfriend, tell him you have something to share and ask if you can reserve half an hour to have a conversation with him. (Assure him you’re not breaking up with him!) I’d probably do it while you’re at home, and while I’d tell him that you’ve been nervous to bring this up (it’s OK to act vulnerable!), I’d also do it quickly, directly and without apology. As soon as it’s out there, and you’ve answered any of his questions, move on to other things: Make dinner, Netflix ’n chill, keep it light. Since it’s probably a surprise conversation, he may not have much of an initial reaction. That’s not bad. Try not to overthink neutral vibes.

If you want it to be more organic, you can look for the right opening.

Maybe it’s a casual date-night conversation about sexuality in general, or there’s a bisexual character in a TV show you’re both bingeing, which brings about discussion. It’s hard to know exactly what the situation will be, but you’ll know when it arrives. There will be a tiny tug in your stomach saying: This is a great moment to say what I need to say.

By riffing off natural discussion, this gives you some immediate points of reference, or gives you an opportunity to correct a misunderstanding he may have. (“Actually, not all bisexual men are gay, David…)

This said, if you try to find a natural and organic moment and it just doesn’t present itself, it’s also fine to change course and ask for a talk.

Now, here’s what do next.

On reading the reaction…

Of course, his reaction will be telling, whether in the moment or later on. But the most important thing is to give him the benefit of the doubt, since it’s very possible he’s never been in this position before. Remind him that this doesn’t change your relationship with him at all. You’re not looking for new partners and you don’t wish he was something he’s not. As long as he asks any questions he may have and listens to you thoughtfully, it counts as a good response. On the other hand, if he rejects the conversation, lashes out at you, or gets defensive and demands to know why he wasn’t told sooner…well, that’s essential data.

You’re telling me that it’s important to you that your partner understands and accepts your bisexuality. I agree. It’s part of who you are, even if your relationship with him (or any person you date in the future) is monogamous and “straight.” Tell him the truth and do it before it eats you alive.

With your boyfriend, once you say it, you’ll know.

Jenna Birch is a journalist, speaker and author of The Love Gap: A Radical Plan to Win in Life and Love, a relationship-building guide for modern women. To ask her a question, which she may answer in a forthcoming PureWow column, email her at jen.birch@sbcglobal.net. RELATED: The Most Common Open Relationship Rules and How to Set Yours