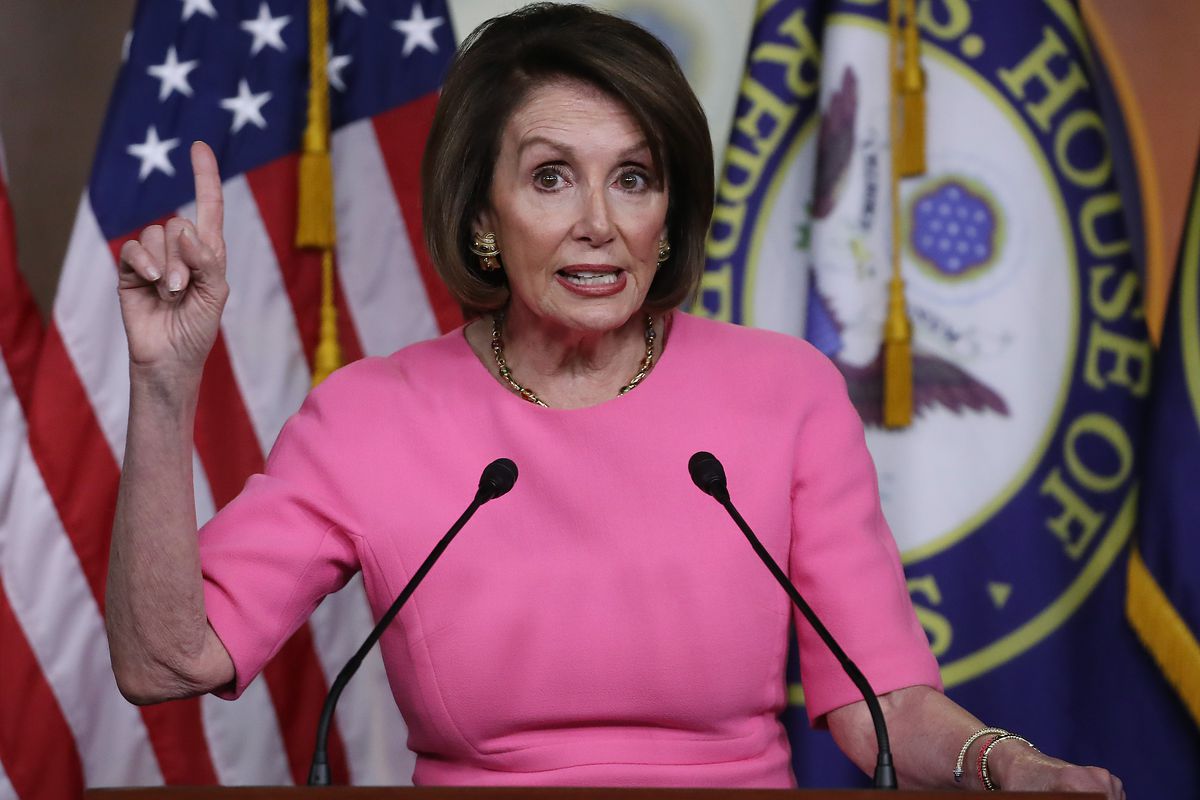 Last year, The Speaker of the house quietly said the Democrats will take over the house.  While many of the freshmen/women of the House were calling for the Presidents Impeachment, madam speaker quietly disagreed.   Not only could she read, she seems to understand the pulse of America.

The Mueller report clearly pointed out the abuses of the President, clearly demonstrated collusion and obstruction for those who had the time to read 448 pages.

Once again, she quietly, quieted most members of her party who were now screaming for the Presidents head.

Whitsleblowers concern about the Presidents action was simple.   Congress allocated $400 million dollars to  the Ukrainian Government an ally of the United States.  On July 18th the Trump Administration blocked the allocation.  Someone from the Office of Management and Budget reportedly said  her boss had instructed her not to approve any additional spending of security assistance for Ukraine until further notice.  The unusual hold up,without a real explanation troubled Republicans and Democrats, some moving to  rebuke the administration.

On July 25th, the world heard the conversation between newly elected Ukrainian President Volodymyr Zelenskiy and the President of the United States, Donald Trump.  After President Zelenskiy mentions wanting to purchase anti-tank missiles from the U.S., according to a rough transcript of the call released by the White House. Trump responds, “I would like you to do us a favor though.” Trump brings up investigating both the CrowdStrike conspiracy theory and the Bidens. He repeatedly tells Zelenskiy he should talk to Giuliani and Attorney General Barr.

Once again, the Speaker read this one correctly.  Unlike the Muller Report , this one didn’t require reading.  She understand, she needs support of the public to impeach Donald Trump. Moving too quickly would feed into the Republican narrative that Democrats only agenda is to Impeach Trump that could hurt the party in the 2020 elections.

The only wrinkle is, the President has asked a foreign government for help in the last election without penalty.  However, when it comes to Quip Pro quo, the world heard our President ask for a favor, we also heard he say, his country (the  was going to do very well.   The question is will the majorities in the House and Senate, view these acts as Impeachable offences?

Can A President or Candidate ask a foreign national or country for help in a campaign? The Federal Election Commission say’s no.

Quid pro quo (“something for something” in Latin) is a Latin phrase used in English to mean an exchange of goods or services, in which one transfer is contingent upon the other; “a favor for a favor”.

A Gift from Donald

When the President unilaterally decided to withdraw from Syria, he was condemned by Republicans and Democrats alike.  Veterans groups as well many active members of the Military has openly criticised the President

Two weeks ago ,dea Fox News poll found 51%  of voters want Trump to be impeached and removed from office.

While more than 50 percent of Americans support removing Trump less than one month since the House’s inquiry began, it took much longer for the public to approve of impeaching Nixon even as the Watergate scandal slowly unfolded. Nixon eventually resigned rather than face impeachment.

According to the Pew Research Center, public opinion on removing Nixon from office only shifted after the House Judiciary Committee recommended that he be impeached in July 1974. Before that, support for impeachment never creeped above 50 percent. Even as the Senate held damning televised Watergate hearings in the spring of 1973, less than 20 percent of Americans adults thought he should be impeached.

After weeks of attempting to debunk the Whistleblower. Demanding open hearings, demanding an open vote.  Storming into the hearings.    Yesterday, the speaker of the House announced the House will vote Thursday week on a resolution to formalize and establish the parameters  of the Trump impeachment inquiry.

This has surprised some members of the Republican Party.  Many are angry, calling it a stunt!

Nancy can count. This week Fox News polling data indicates 55% of Americans support impeachment of the President.  The hearings would be Televised.

In an attempt destroy the credibility and patriotism of some of the witnesses the Republicans risk a blowback by the public. A public who is angry with the administration over Syria.

Does Nancy has have another surprise?  If she does, it will direct, measured and respectful. Nancy, doesn’t roar, she doesn’t have to.