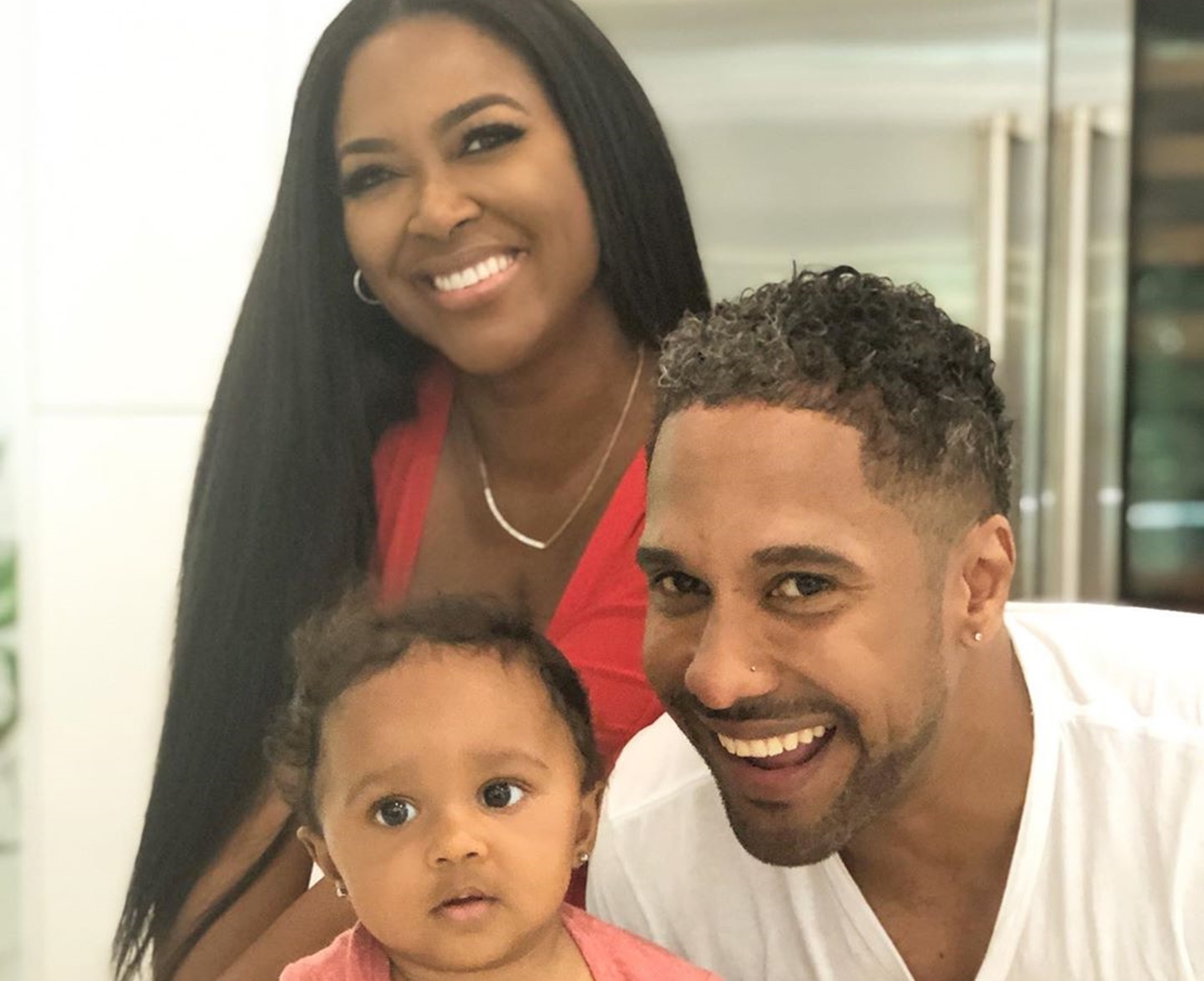 Back in September, Kenya Moore and restaurateur husband Marc Daly announced that they were splitting up after two years of marriage. It was a shock to some, not a huge surprise to others, but a major disappointment to Moore.

“I didn’t get married to quit,” she told PEOPLE in a new story to promote Season 12 of Real Housewives of Atlanta, premiering on Sunday. “I love my husband. I don’t doubt that he loves me. Let me be clear, I took my vows seriously. I believe in for better and for worse and I believe in trying it all before you walk away, especially when we do have a child and we are a family.”

The only problem is, she doesn’t “get the sense that [Daly] feels the same way.”

“I am hopeful, and have always wanted to work on our relationship. But I just don’t know if that’s even a possibility at this point, honestly,” she said. “Marc doesn’t seem to be there. I’d feel more comfortable calling it quits if I knew I’d tried everything and it still didn’t work. And we definitely didn’t do everything we could have done to save our relationship.”

That’s what makes the separation all the more discouraging for Moore, and is bound to discourage fans of the star as well.

It definitely didn’t help that in addition, there were rumors floating around that Daly had a secret family he kept from Moore.

“I can tell you I’ve heard a lot of rumors about secret families. I can tell you that’s completely made up; there’s zero truth to that,” she said. “In terms of infidelity, I’ve had no proof of that. That’s not our issue.”

Instead, the 48-year-old said their problem is the fact that they’re still trying to make a long-distance relationship work and that Marc continues to open businesses in New York when she and baby Brooklyn are in Atlanta. When they are finally in the same place, that doesn’t mean they’re necessarily together.

“The distance had really been taking a toll on us,” she said. “Initially when we had the baby, it was great.

. He was there for every single doctor’s appointment, every ultrasound, every scare, we were 90 percent together. He was a very supportive husband during that time.”

“Marc opened up two new businesses and is opening up another,” she added. “It was frustrating for me that he kept opening businesses in New York, but listen — I want him to be successful and that’s how he feeds his family. So I couldn’t be selfish. But if you’re living in two different places, you have to be together during the times you are in the same place; either you’re both in NY and you’re both in Atlanta. And when we’d be in the same place, we weren’t always in the same place. So with the businesses, the distance, and the baby, it just became hard for us to figure it all out.”

She told the magazine that neither party wanted to move because they “each liked where we lived and wanted to split our time.”

“A lot of couples do and they do it successfully,” she said. “New York and Atlanta, it gave us a full life. There’s no other city like New York in the world; I loved our life there. And Marc, he loves Atlanta. He has his own friends here, and it’s a family environment where there’s a home and a yard for kids to play, without the daily anxiety of living in a big city. It was the best of both worlds.”

But that, along with their communication issues, made for more issues than she could handle on her own.

“We communicate in very different ways,” she said. “I’m seen as tough on the show because I take up for myself … [but] in my relationships at home, I am the opposite. I’m not a fighter. I don’t want to fight at home. I want to be able to talk; I want to be able to rationally discuss things. And I get to the point where, I’ll withdraw if it seems too combative or not healthy.”

“If the communication were better and more open and honest, I think we could solve our problems,” she added.

Still, Moore would like for the couple to do everything they can to work things out, if possible. They haven’t technically filed for divorce. Daly isn’t interested in couple’s therapy at the moment, though.

“Counseling could be a big proponent in flushing out issues a couple may have. Then after a considerable amount of time and effort, you can make the decision whether you can come to a common ground and you can still work on the relationship or not. And I never got that opportunity,” she said. “I’m not saying that opportunity may not exist in the future. But I just don’t have a complete sense of if that’s something that he’s still willing to do.”

Daly and Moore haven’t seen each other since before they made their split public last month, but the estranged couple are still “pretty civil” and Brooklyn has seen her father.

“He had a great time with her,” she said. “And he FaceTimes her every day. He’s a great dad to her.”

“I’ll always want Marc to be in Brooklyn’s life,” she added. “Brooklyn is a special girl. She’s vibrant and just makes people happy. Having her is a blessing.”

Moore is staying positive throughout the changes she’s been going through, but admits the whole situation still…well…sucks.

“Look, all this, it’s definitely tough because when I’m with her, I think about what I thought was my fairytale happy ending,” Moore said. “I thought Marc was my forever love — that I had met this handsome, smart, funny, successful man who was single and who fell for me as fast as I fell for him and who would be there by my side forever. I thought this was the one and that with Brooklyn, I finally got the family that I wanted. I just don’t know what to say about all that now.”