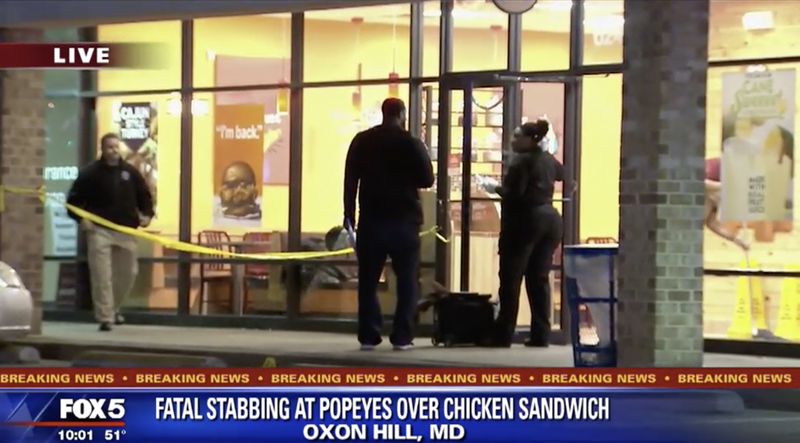 Monday night, a fight broke out after 6pm.  After someone jumped ahead in line.  A 28 year old man died after he was stabbed multiple times in the parking lot of the restaurant in the Oxon Hill Plaza on Livingston Road