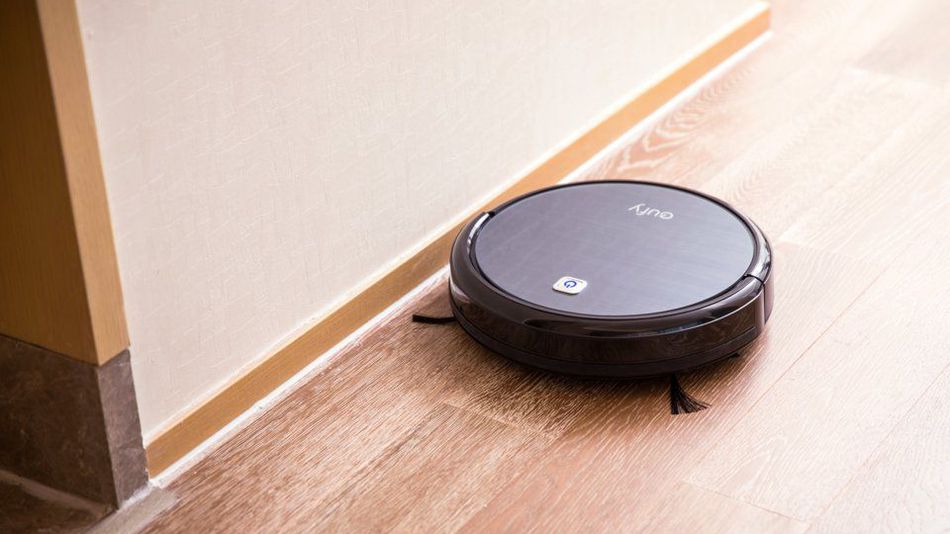 A Robot to make my life easier. Yesss

I imagined a world where I would return from work and all the floors would be vacuumed.

The commercials were so appealing, as were the you tube videos.   I even considered getting a cat so he could go for rides while I’m at work.    If his buddies called, he could tell them he went for spin around the house.

It arrived at my home in a big box with three separate instruction folders.  Extra brushes and this brown coil.

Who needs instructions?  I put it on the floor and pushed the remote, nothing.   Wait! they sent me a broken Robot!   I waited a day, and read on the the instruction pamphlets that said , that I need to put the Robot on the base to charge it before using.

I’m not happy with this!!!  In every TV program and movie ,from  Lost in Space (“Danger Will Robinson”) to Star Wars, these Robots were ready to help their fellow man, right out the box.   My rug is filthy and I have wait another day, to become a member of the next society.

On the next day, with remote in hand, I fire up my robot.   Its making these cute sounds , its brushes come out and its party time for 53 seconds.   Its being held hostage by my  extra extra EXTRA large pair of Fruit of the Looms.    Once again, I’m disappointed.  You mean I have to pick up the room so the Robot can do its job?

Day, three, I pick up everything so the Robot can vacuum freely about the house.   The Robot is bumping into everything and then changes direction.   I don’t remember that in the You Tube videos.  Then suddenly I don’t hear anything..  Its in the bathroom, trapped by a pair of Fruit of the Looms,  hastily thrown in the bathroom.   Why was it in the bathroom? that wasn’t in the contract.

The instruction manual says,I need double sided tape to put down these strips to restrict the Robot from going into different rooms and areas.    OKAY,  this was shown in the commercials never!

The strips are thick .

This thing that was gonna make my life easier has made my life complicated.  This little bitch gets trapped in closets.  Held hostage by mops, bags, tide pods…………..

Again, I envisioned, this revolutionary device to change my humdrum life.  I would become a man of leisure.

Instead, I have to pick, up, put away. Close doors. and the chamber that holds dirt is very small and with my robot you must open the chamber slowly or risk a dust explosion.

I’m sure my upright Eureka is having a laugh at my expense.  The Eureka is much faster and I can vacuum around those Fruit of the Looms.

Last week, I came home and the Robot was missing as were my spare keys.   I looked under furniture and inside my hampers…nothing.    Perhaps, I’ve been a bit harsh with the Robot.   It didn’t mislead me, the commercials did.  Its slow, but it eventually gets the job done.

After a three day search, I found it hiding on the lower shelf of my bookcase.  How it got there is beyond me.  AND my spare keys were on the shelf above it.

I’m slowly adjusting to my robot   I recently praised it for an excellent job on the kitchen floor, it was flawless.  However, I’ve noticed its been a bit more aggressive as it crashes into things, including me

After watching Will Smith’s I-Robot , I think I need to buy a gun