In an interview with Vanity Fair last month, former bro-comedy director, Todd Phillips ( The Hangover, Old School )  recounted his rationale for pitching the R-rated, anti-superhere, CGI-free hole of nikillism, Joker,  to Warner Bros.  “Woke ” Hollywood.  “go try to be funny nowadays with this woke culture, ” Phillips explained .  “Fuck this shit, because I don’t want to offend you.” Phillips’ solution to his perceived comedy blockade: “let’s take the comic book movie universe and turn it on its head.”

Now with over a billion dollars in box office sales, Phillips and screenwriter Scot Silber are rumored to reprise their respective roles for another Joker film. And, according to the Hollywood Reporter, Phillips is looking to continue his comic universe head-turning by adapting even more DC villain origin stories.

Philips, in fact, was rumored to have left his October meeting with Warner Bros. having secured rights to at least one of those DC origin stories. While Bruce Wayne had figured peripherally into the Joker film, it’s unlikely that Phillips will stay in the Batman universe; Batman’s origin story, instead, will be rehashed in Matt Reeves’ The Batman, starring Robert Pattinson. Could Joker and The Batman be connected? That remains to be seen. 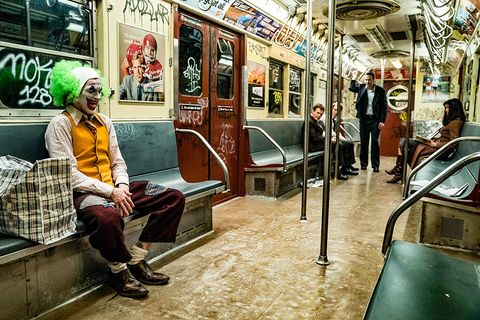 WARNER BROS.
Still, that leaves open dozens of potential DC property to be mined.  ( A Lex Luthor origin
story, perhaps?)  And with the Joker fast-becoming one of DC’s most profitable films
since Christopher Nolan’s Dark Knight trilogy, chances are Warner Bros (which owns all
DC intellectual property) will grant Phillips a few more characters.
The return of the Joker would also mean the return of lead actor Joaquin Phoenix,
almost a clown shoe-in for a Best Actor Oscar nomination.  Given Phoenix’s anticipated
accolades and Joker’s massive box office take in, whatever character Phillips chooses to
adopt next, there will be no shortage of top actors vying for the part.  Oh, does it pay to
bad .