Drive on America roadways, many of the cars look alike. At dusk the Honda, Nissan’s,Toyota, Hyundai’s on the road often blend into one car. Even the Bimmers and the Benz can look like your pedestrian car. With exception of the newer Cadillac Escalade’s and the Volvo’s, most boxy boring SUV’s, look like all other SUV’s.

However, day or night you wont mistake a Camero, Vette, Challenger and Mustang from other cars on the road. The Ford Mustang is sought all over the world over. There is a still a demand for the first Mustangs. For many, the Ford Mustang is the quintessential american car.

In current day America ,forget the Ford Mustang. The Dodge Charger, best represents the excesses of America. It big, wide, powerful and is bad ass on all 4 sides. The Charger is one of the few cars that men and women, young and old agree on. The current iteration of the Charger has been around since 2006 These bad boys can be found cruising on Detroit’s Woodward Ave to East 14th Street (International Blvd) in Oakland.

I’ve been a fan of the Dodge Charger from day one with its hidden headlights. By 68, it became my dream car. By the mid seventies Dodge lost its way, placing the Charger’s name on the homeliest cars on the planet. adding insult to injury, they dropped four cylinders in them and by 1987, the Charger was no more.

In 2005, Chrysler introduced the 300. The vehicle was designed when Daimler owned Chrysler. Many of the pieces, the 5 speed automatic transmission and the rear suspension came from older Mercedes Benz vehicles. The second version of the car was the Dodge Magnum (this time as a wagon) the car was introduced and few months after the Chrysler 300. In late 2005, the 2006 Dodge Charger was introduced. the 5.7 Hemi engine designed for the Dodge Ram was the most powerful motor with 370 horsepower on tap.

The Charger was popular. By 2011, they replaced the 5-speed with a solide For the 2012 year the old auto was replaced with a 8-speed automatic transmission. 2011 marked the introduction of the 3.6 Pentastar Engine with nearly 300 horsepower as its base engine. The rear end adopted a more modern wrap around LED tail light spanning across nearly the entire length of the trunk. Today, its unmistakable on the road.

I partially like the front end on the last generation Charger, that said “you know who I am-now move the fuck out of my way” 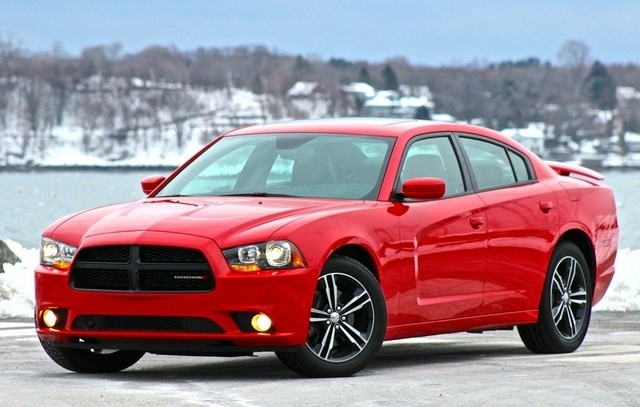 All the new engines had more power. By 2012, Chrysler introduced a new Hemi for its top of the line SRT model 6.4 Hemi engine with a whopping 470 horsepower.

In 2017, FCA Introduced the Hellcat. That machine has a 6.2 Supercharged Hemi churning out 707 horsepower and 650 foot pound or torque. It is currently the most powerful 5 passenger sedan on the planet. This beast can easily smoke nearly any expensive import costing twice as much.

It owned the drag strip until Tesla appeared. The Tesla is a beast, but it doesn’t have the Chargers swag. It doesn’t grumble and makes its presence known. While the other car makers are piping artificial sounds to make their turbo cars sound muscular. Dodge owners just needs to push the pedal and passengers need to hold on.

However there’s a cost for being the boss. If you opt for the six cylinder you can squeeze out a little over 30 miles per gallon on the highway. Check off the Hellcat and if you drive with some Rosary beads on your rear view mirror,then you might get 18 on the highway.

In the last twenty years, the company has gone through a number of changes. In the late nineties it merged with Daimler, parent company of Mercedes Benz and became Daimler Chrysler. In 2007, Daimler sold 80% of their interest in Daimler to a private equity firm Cerberus Capital Management based in New York and became Chrysler LLC. By 2009, Chrysler along with General Motor were bankrupt. The government agreed to help Chrysler, but only if it has a suitor. Enter Fiat.

FCA (Fiat Chrysler Automobiles) was the first American Automaker to announce they were going build fewer cars and focus on SUV’s and Trucks.

The Fiat Chrysler marriage produced two cars, the Dodge Dart and Chrysler 200, both were discontinued in 2018. Leaving the company with the oldest fleet in Detroit. With no new vehicles in the the pipeline, many automotive journalist predicted the end of Dodge and Chrysler.

For 2020, Dodge is offering a wide body option for the Charger Scat Pack . The Scat Pack is the middle child, with a 6.4 hemi engine producing robust 485 horsepower and 475 pound feet of torque.  $42K

Also New for 2020, is the Charger GT.  Its below the RT with the a 300 horsepower available in all wheel drive with much of the suspension tuning of the RT at a lower price $33K

Dodge has only 3% of the US market. To develop an all new platform for the Charger, Challenger and Chrysler 300 could cost 2 billion dollars.

A few months ago, Fiat Chrysler announced they were planning to merge with French Automaker PSA (Peugeot Société Anonyme) this merger awaiting approval from the US and French Governments would create the fourth largest automaker in the world.

The merger would help both companies in developing electric cars, which is crucial for their survival.

If the Dodge Charger, Challenger and the Chrysler survives and gets an all new platform, say goodbye to the Hellcat and most of the V8’s.   The new versions will likely based on a current and smaller platform from FCA’s current inventory.  Most likely Alfa Romeo, powered by a turbocharged 4 cylinder with artificial sounds pumped into your sound system to make it sound beefier.

Today if you want a V8 in a  passenger car that will carry four passengers under 90K  your choices are few.  Chrysler 300, Dodge Charger Genesis G80, Genesis G90

So come and get them while there hot.!