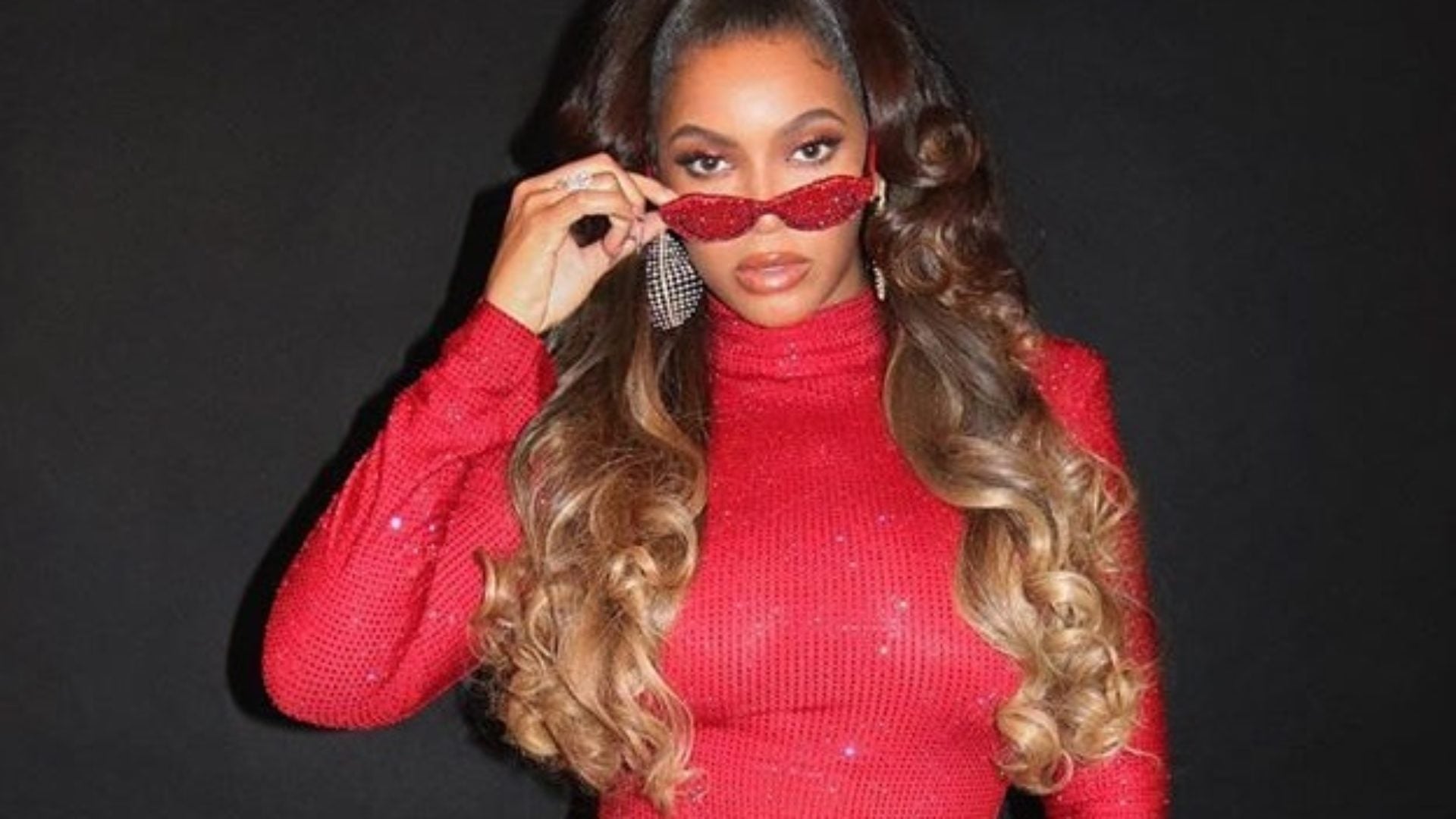 10 years of Beyoncé: A decade “causing all this conversation”

Beyoncé’s work over the last decade is groundbreaking — but it is also filled with questions and contradictions.

When the American Music Awards gave Taylor Swift the title of Artist of the Decade, TV show host Wendy Williams was likely not the only one surprised. Of this decade’s pop juggernauts, Beyoncé has stood at the intersection of a turbulent political climate and a problematic celebrity culture.

A look back at Beyoncé’s 2010s shows that her work — radical and important — also comes with uncomfortable contradictions. Her status as celebrity and family woman has come to represent black empowerment but despite her triumphs, the singer was far from uncontroversial.

The decade began rather quietly for Beyoncé who, notably, did not dominate the 2010s with hit singles. But her albums imprinted into pop history, particularly in the years after the 2011’s 4.

In January 2013, David Bowie released a surprised album The Next Day recorded in secret. In February of the same year, the band My Bloody Valentine released their last album on their website and, later, for free on YouTube. The surprise album drop may not have been a new invention. Yet when Beyoncé’s self-titled visual album burst onto iTunes in December 2013, it forced conversations about artists bypassing traditional media and middle men to strengthen the bond between themselves and their fans. Some stores, like Target refused to stock the physical album in defiance.

Beyoncé’s legacy at the end of the decade is apparent now. Singers can garner fanbases, fame and success with little more than a Soundcloud, YouTube or Instagram account.

Beyond daring business strategy, Beyoncé continued to push the creative envelope. Beyoncé was concerned with feminism. But she intensified her resistance politics when she released Lemonade in 2016 with an accompanying hour-long film on HBO. In her performances of the album after its release, Black power and Afrocentric iconography took centre stage. Notable of these was the 2016 Super Bowl halftime show, in which her performance of the anti-police brutality lead single “Formation” featured backup dancers courageously wearing the uniform of the radical Black Panther Party.

Ultimately, Lemonade aligned itself with the #BlackLivesMatter movement that exploded in the middle of the decade as protests against the oppression of African Americans entered the mainstream. With its frank revelation of the infidelity of her husband, rapper Jay-Z, the album has also been hailed as a celebration of Black (female) resilience.

A Black Bill Gates in the making

Criticisms of this new radical Beyoncé were parodied brilliantly by Saturday Night Live. Though some were decidedly unfair, it is true that contradictions simmer beneath the surface of her political image.

How does one reconcile the centering of the African diaspora in Lemonade with her controversial 2018 Vogue interview, in which she references her slave-owning ancestor as a man who “fell in love with and married a slave”? ?Romanticization of the union between a white slave master and Black slave woman is especially problematic when one considers the disproportionate power dynamics between white slave owners and Black slave women during the time and the lack of agency slave women often had in such sexual relationships.

Using the language of love and romance to describe such relationships between Black women and white men not only highlights Black women lack of sociopolitical rights but seemingly clashes with her overt displays of Black feminist power.

Furthermore, how does one reconcile Beyoncé’s promotion of Black singers and Black women in The Gift with the theft of Black singer Ledisi’s opportunity to reprise her performance in the movie Selma (2014) at the 2015 Grammys?

Beyonce’s selection of which opportunities to give to and to take from less-exposed Black singers requires some consideration. As cultural theorist and music industry insider Kristin J. Lieb has argued, in a competitive music industry, a pop star’s continued survival, wealth and fame depends on having a consumable brand.  Black experience and struggle can certainly be useful commodities in that regard, especially during these politically intense times. That may or may not represent the singers’ true politics.

A billion dollars in an elevator

There is a tension between Beyoncé the Black Revolutionary and Beyoncé the Business Woman/Brand in the 2010s. Her album releases are landmark cultural moments that generated conversations around feminism, Afrocentricity and artist agency. But this tension — between capitalism and liberation — shadowed Beyoncé’s decade, including in the domestic sphere.

At the 2011VMA’s Beyoncé ended her performance of “Love on Top” by rubbing her protruding belly, revealing her pregnancy to fans. The Knowles-Carters became one of the Black superfamilies of the 2010s. After the 2014 Met Gala, fans saw Jay-Z in elevator fight with Beyonce’s sister, Solange.

Fans also watched Beyoncé’s firstborn, Blue Ivy, blossom and begin to participate in her mother’s work. Beyoncé’s child became an icon for Black empowerment for young girls. . In the photoshoot for Beyoncé’s second pregnancy with twins Rumi and Sir Carter, Beyonce was staged as a pregnant goddess.  The singer powerfully contradicted deep seated cultural beliefs of pathological-Black mothering famously displayed in the sociological Moynihan Report of 1965 that demonized and blamed Black mothers for the “failure” of Black families.

The frenzied behavior of Beyoncé’s fans, called The Beyhive, along with Lady Gaga’s Little Monsters changed fan-celebrity relationships. It marked a neo liberal turn towards intense inter-fandom competition and worship that helped lay the foundation for the today’s pop fan culture. But towards the end of the 2010s, the voices of scrutiny grew louder. Like earlier criticisms of Beyonce’s professed radicalism, many grew tired of the family’s flaunting of their wealth and distrustful of their business endeavors.

For example, the streaming service Tidal was accused of fabricating numbers of their exclusive artist (including Beyonce)  Jay-Z’s 2019 deal with the National Football League despite the league’s treatment of Black players and protest seemingly contradicted the family’s pro-Black politics. Fans feels conflicted about Beyonce continued support of Jay-Z despite his famous infidelity. This tension showed in the lack of support from fans for the couple’s joint 2018 album, Everything is Love.

Lyrics like “ Of course shit goes down when it’s a billion dollars in an elevator,” attempt to dismiss the tensions within the Knowles-Carter family image. And despite the continued strength of the Beyhive’s support, by the end of the decade, contradictions continue to haunt the brand of the Knowles-Carters as a powerful Black family.

A winner don’t quit on themselves

And yet, the fact that Beyoncé’s Black family were considered worthy of elevation and/or complex readings through nuanced critical discourse is itself an important rebuke of old anti-Black dehumanizing stereotypes. This cannot be ignored.

Such is the duality of Beyoncé: a powerful Black woman working within a white patriarchal music industry in which the pursuit of fame and wealth is the goal, strategically using, yet still amplifying, narratives of Black empowerment in the mainstream. Despite the contradictions and controversies, Beyoncé’s star power, virtuosity and ability to “cause all this conversation” will undoubtedly see her play an integral role in the 2020s as well.