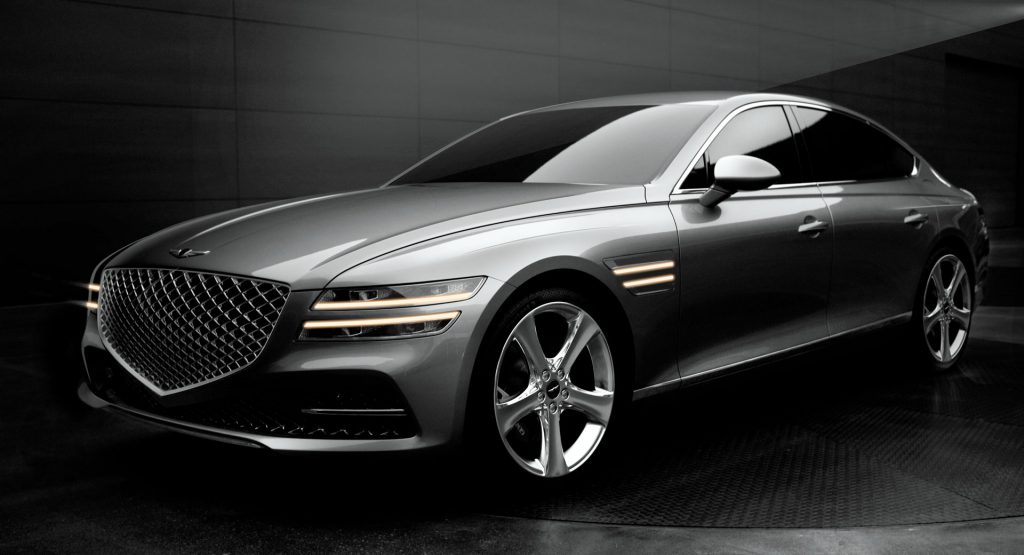 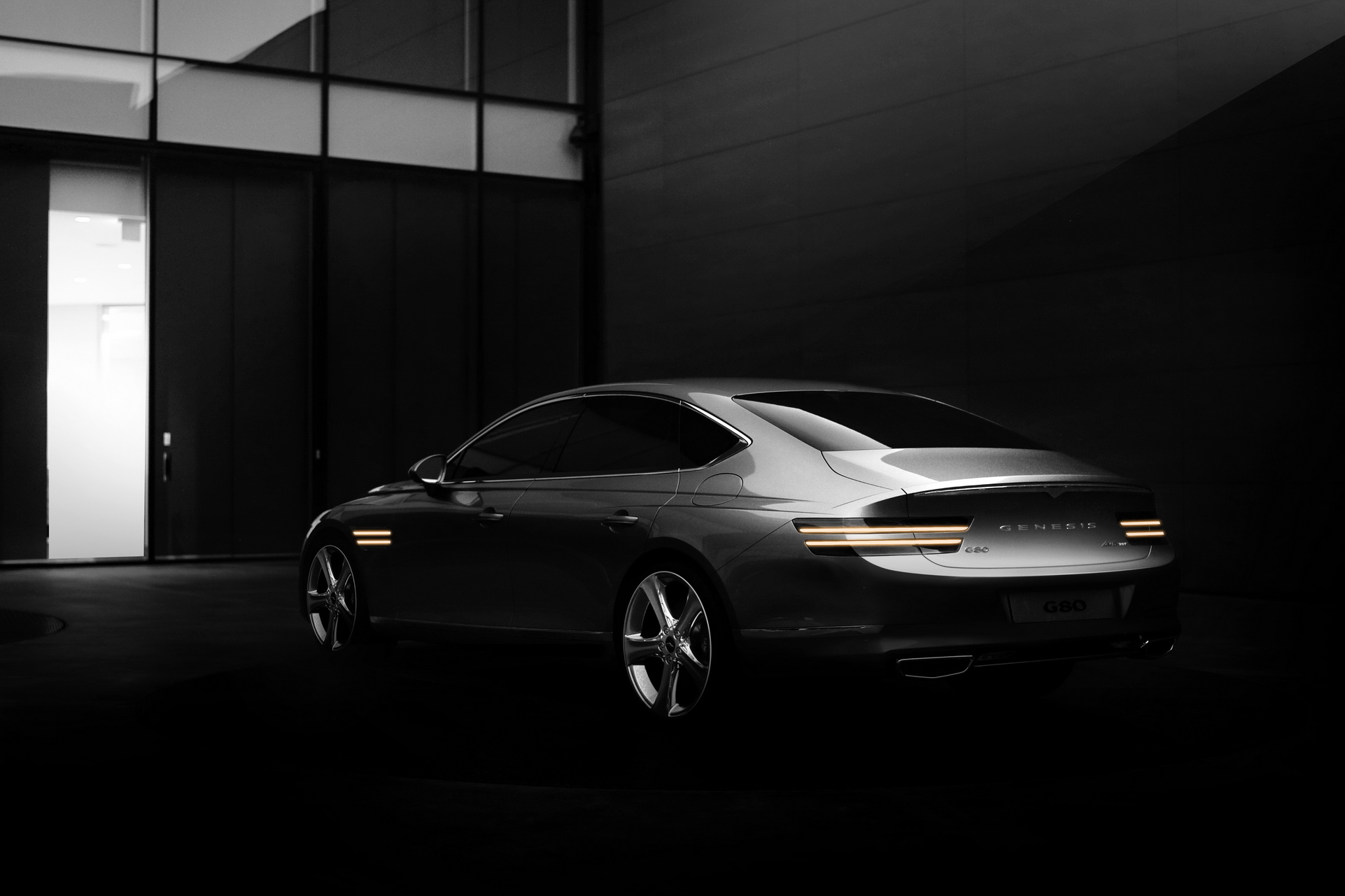 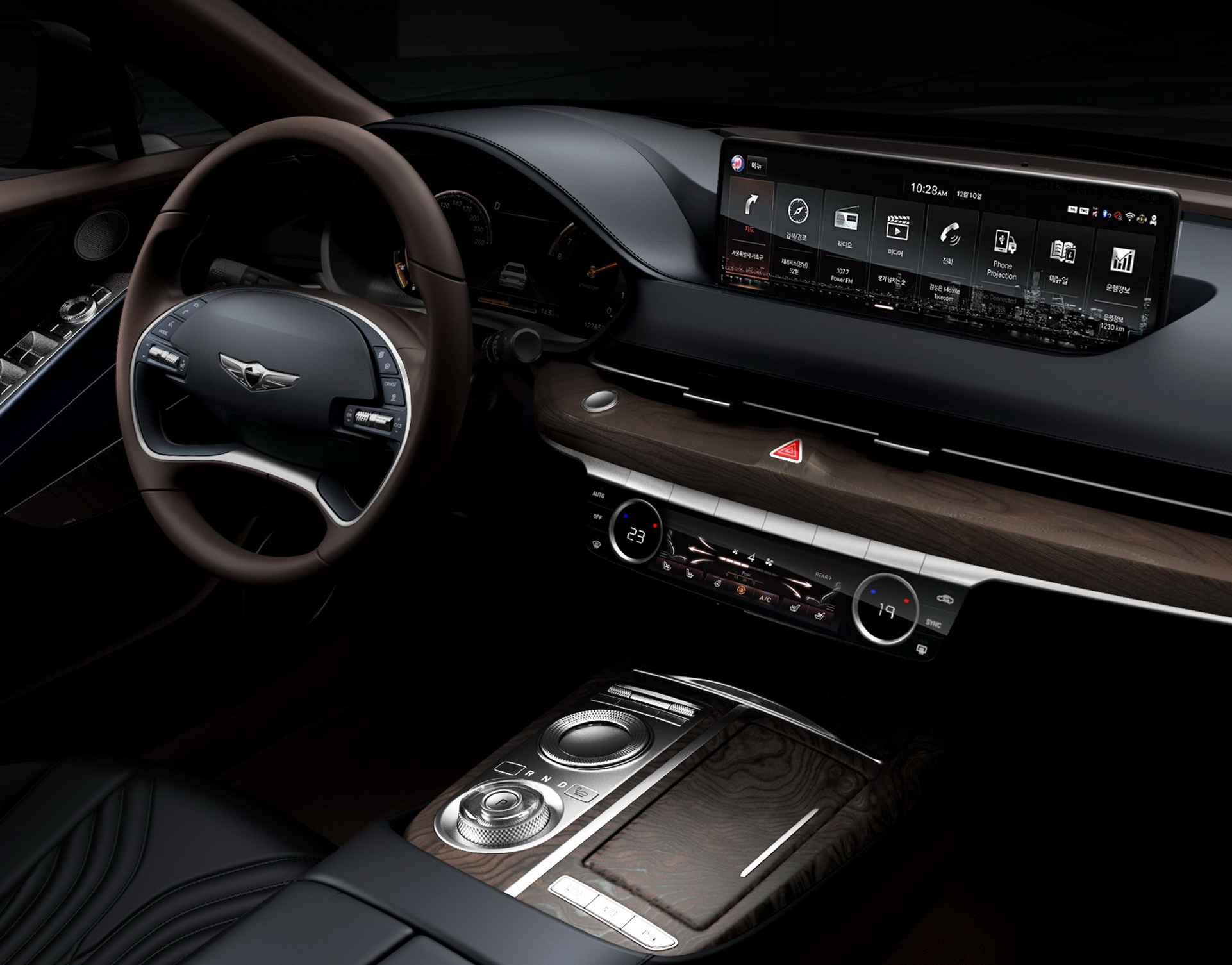 You weren’t supposed to see this car.  The plan was to introduce this car at the Geneva International Motor Show.  But that show was cancelled.  A victim of the Corona Virus.  So international manufacturers are taking matters into their own hands and leaking pictures on their websites.

The Genesis G80 is the middle child, this model replaces the second generation Genesis G80. It’s Above the G70 and Below G90.  The G80 takes its cues from the upcoming SUV the GV80.

Inside, the G80 also appears to steal plenty of details from its bigger SUV sibling, including the massive landscape 14.5-inch touchscreen display and ash wood trim throughout the dash. Other cues such as the pressure-sensitive rotary dial in the center console and contrasting leather colors also carry over from the GV80.

We know that the G80 shares a platform with the GV80 as well, and although Genesis hasn’t confirmed any powertrain information to us yet, it’s probably safe to assume that the G80 will get either the 2.5-liter four-cylinder or 3.5-liter V6 found in the SUV.

With Genesis posting these images before the car’s official debut, some of the major details such as pricing (40K?) and specs still remain unknown, but this early look provides us a great glimpse into the future of Genesis – and things look good.