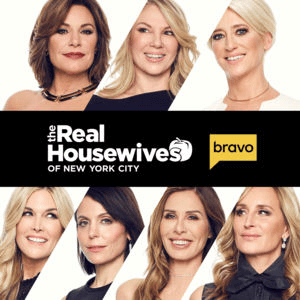 Every now and then when we are making a familiar dish, some spectacular happens.  We didn’t add or do anything different. But it is spectacular, and you can’t get enough.

This is how I would describe the ninth season of the Real Housewives of New York.

Because its the Real Housewives there is drama and loud fights, but there is humor and lots of it.  Season 9 is binge worthy.

(Check out the video)

Season Nine marks the arrival of Tinsley Mortimer. Her personal life is more drama filled than any housewife episode. (See her story below)

The Real Housewives of New York is the gold standard of the Franchise.  Unlike the other franchises, who’s wealth is TV ready.  Most of the women in New York  are accomplished and were millionaire before they became stars .  Unlike, Atlanta, Dallas, Jersey, Orange County and the Potomac who started businesses once they became a cast member.

Ramona Singer is the OG of New York.  She grew up in an abusive household and unlike her mother she was determined to have her own money. Before RHONY she was a millionaire owner of  RMS Fashions, Inc. The company, buys excess inventory from retailers and sells it to discount stores.

Carole Radziwill was an accomplished journalist and author before becoming a New York Housewife in 2011.  Carole DiFalco worked for ABC News from 1985 to 1999.   She met her husband Antony Radziwill  at ABC where he as a producer with ABC News.  Radizwill’s father was Prince Stanislaw Albercht Radiziwill of Poland.  Her mother in law was Caroline Lee Bouvier the younger sister of Jacqueline Bouvier Kennedy. Radizwill have had two books on the New York Times Best Sellers List. Carole and her husband left ABC when he became ill,  he died in 1999.

Before becoming a cast member in season seven,  Dorinda Medley was the owner of London’s DCL Cashmere.  Her clients included the like of Princess Diana, and Joan Collins. She was also a successful real estate broker.

Bethenny Frankel is unquestionably the most successful housewife.  Before becoming a housewife was was Paris Hilton’s nanny. in the franchise.  She started several business, she was actress and a contestant on The Apprentice featuring Martha Steward.

Bethenny earned less than $7500 for the first season of The Real Housewives of New York in 2008. On the housewives we saw her in a supermarket trying to get shoppers to try her healthy muffins it was demoralizing. She struggled financially for years.  She clearly didn’t enjoy the wealth as the other housewives who had successful businesses or who had married well.

In 2010, Frankel was the first housewife to spin off series ” Bethenny Getting Married ”  which chronicled her life with Jason Hobby and the birth of their daughter.   The show was a big hit.  Unfortunately, her marriage wasn’t.

In 2009, she wrote a book called Naturally Thin: Unleash Your SkinnyGirl and Free Yourself from a Lifetime of Dieting , she went on to write other books with the SkinnyGirl theme.  Bethenny created the SkinnyGirl Cocktail Company in 2011 and reportedly shold the Cocktail company for 120 million dollars but kept the name.  Skinnygirl is on everything from Popcorn to Jeans.   Bethenny  has written several books, she had her own nationally syndicated talk show.

Tinsley (Mercer) was born into money, a debutante and member of society in Richmond Virginia.  Her father was Successful  Real Estate Investor, her mother was Interior Designer in Richmond.   When she was in High School, she met and later married Robert Mortimer.  The Mortimer’s were old New York money.  her husband Robert “Topper” Mortimer’s grandfather was the director of Standard Oil.

In the mid 2000’s  Tinsley Mortimer was the it girl. The Queen Bee of New York Society.  The most photograph woman in all of NYC.   She commanded the best seats during New York’s fashion week and had her own reality show (High Society)and has a bag and lipstick  She’s is an Author and has written for magazine, she has a line of housewares products under her name.  After divorcing her husband her stock as a NYC socialite dropped. She moved to Palm Beach and eventually fell in love with a much younger (10 years) man 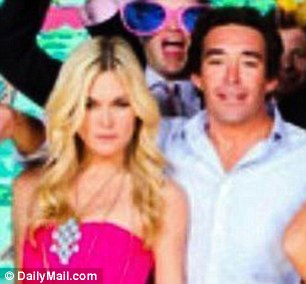 .  Alexander “Nico” Fanjul  the son of a sugar baron.  His family didn’t approve of the relationship was kept on the down low.  Rumors of two fighting went public.

In April of 2016,  Tinsley was arrested outside Nico’s Palm Beach house. When the police arrived they found her crying and screaming that Nico was inside the house with another woman.   She told the police she was at the house to retrieve her purse.

Tinsley, is back in the Big Apple, living in Sonja Morgan Townhouse, her goal is to find love and regain her status as the toast of New York’s Society .

Season 9 of the Real Housewives of New York is available on Hulu, Amazon Prime, Apple TV