Which way is up? What way is down?   In a nation where less than 10 percent of its citizens have been tested and over 350,000 Americans have the Corona Virus as of this posting.  Why would the Federal Government discontinue funding for Covid-19 Testing. 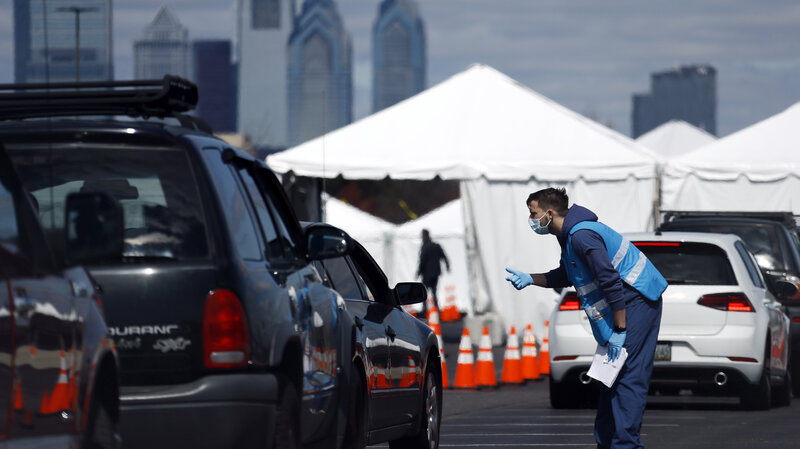 A health care worker talks with a patient at a COVID-19 testing site in Philadelphia. The site will close Friday when the federal government ends support for this site and others around the country.

Some local officials are disappointed the federal government will end funding for coronavirus testing sites this Friday. In a few places those sites will close as a result. This as criticism continues that not enough testing is available.

In the Philadelphia suburbs, Montgomery County has a drive-through site that has tested 250 people a day since March 21.

“It has been a very successful site. We are hoping by the time it closes Friday afternoon that we will have tested a little over 5,000 individuals,” says Dr. Valerie Arkoosh, who chairs the commission in the county of more than 825,000 people.

Montgomery County has been hit hard by the pandemic. By Tuesday the county identified 1,294 positive cases and reported  32 COVID-19-related deaths. 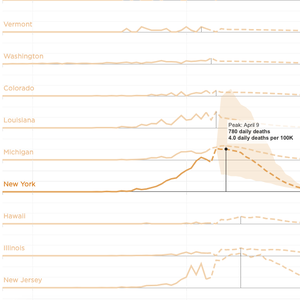 Arkoosh says local officials staffed the site and the federal government provided much-needed testing supplies and access to a lab. “This site came with a contract with LabCorp, who accepted 250 samples from this site every day,” and she says the county is not able to secure the supplies and tests on its own.

Arkoosh says the site, located on a local college campus, will shut down Friday. Similar announcements have been made in Colorado Springs , Colo., and nearby Philadelphia.

A spokesperson for the U.S. Department of Health and Human Services tells NPR, “Many of the Community-Based Testing Sites (CBTS) are not closing, but rather transitioning to state-managed sites on or about April 10.”

The agency and a spokesperson for FEMA say the CBTS program originally included 41 sites. It was intended as a stop-gap to bring testing to critical locations, especially for health care facility workers and first responders.

“The transition will ensure each state has the flexibility and autonomy to manage and operate testing sites within the needs of their specific community and to prioritize resources where they are needed the most,” the HHS spokesperson said.

But that doesn’t satisfy Arkoosh in Montgomery County, who says, “I am understandably disappointed that the supplies and federal contract for lab testing is ending just as we are heading into the surge here in southeastern Pennsylvania.”

Arkoosh says local hospitals do have their own testing sites set up now, but it’s not yet clear if they will be able to handle the extra testing now that the federal help is being withdrawn.