In the late 1990’s, the demand for Sport Utility Vehicles was slowly growing.  The Automakers were scrambling to meet the demand for larger and more luxurious SUV’s.  Customers were optioning up SUV’s like the seven passenger Chevrolet Suburban and Ford Expedition.

Cadillac Escalade was late to the party. By the time the eight passenger Escalade made its way to Cadillac dealerships in 2001, the Lincoln Navigator was in its third year, selling nearly forty thousand units.   In addition to Lincoln, Lexus and Mercedes Benz were selling eight passenger SUV’s

The first generation Escalade was rushed to market, with the exception of the Cadillac wreath the interiors were identical to the GMC Yukon Denali.

The First Coming of the Escalade

The first generation Escalade was a hit out of the gate.  However, it was the second generation that dethroned the Lincoln Navigator.  The Second Generation (2002) was more unique inside and out.  Like the Navigator it offered seating up to 8 passengers and by 2004 Cadillac offered a Platinum model was a base price of $72,000.

This was the model, songs were written about and was a fixture in well heeled suburbs. The Escalade was the American car to own.

By the forth (current) generation, Americans wanted more, the Escalade was replaced by BMW, Land Rover, and Mercedes SUV’s .  It was less about size and more about style.  The Last Generation Lincoln Navigator was a sales disaster for Lincoln, selling less than two thirds of the previous generation.   In Consumer Reports, the current generation of the Cadillac Escalade is one of the lowest ranking vehicles in its survey. It’s overall reliability is much worse than average.   CR said, the Escalade falls down on the fundamentals as a Luxury SUV, it rode too stiffly and can’t stop or handle with the grace of its peers Despite casting a massive shadow the Cadillac isn’t that roomy inside. The current generation is deeply discounted.

Meanwhile over at Lincoln, the fourth and current Generation is a hit for Lincoln.  This generation, introduced in 2018.   Sales were up nearly 50% over the previous model year.   The Black Label Navigator at just under 100K ,sold out its first model year.  Consumer Reports says the Navigator cabin quiet, elegant looking and full of high tech features. There is a bit of rocking at low speeds but the ride improves and comfortable on the highways. Handling is Cumbersome even for a big SUV.  The front cabin is roomy.

Cadillac is still the best selling Large SUV in the United States.  With the fifth generation Escalade Cadillac needs a hit.  The market has shifted toward compact   luxurious SUV.  Waiting in the wings is a Jeep full size SUV for 2022 and later this year Genesis GV8 could steal Cadillac’s thunder.   The new Escalade starts at 77K 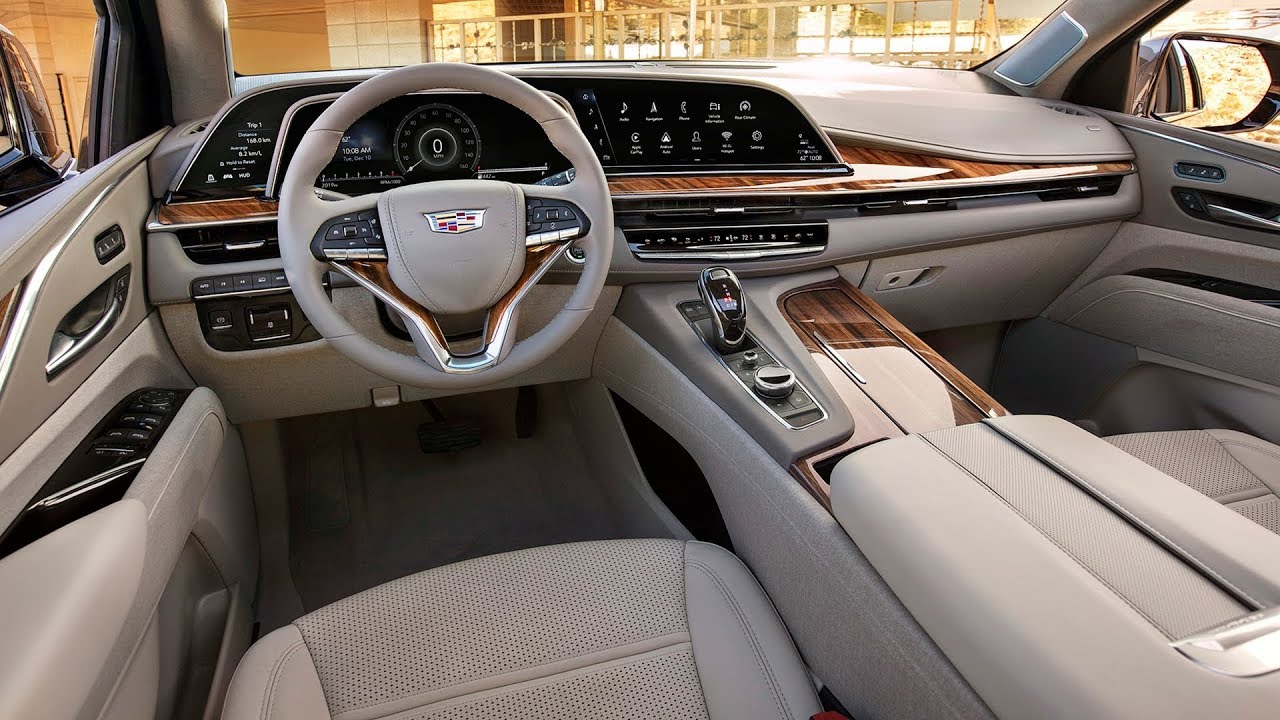 Gen five gets a smoother ride thanks to that independent rear suspension as well as standard magnetic shocks. An Air Ride suspension is available, which enables curb-side tricks like kneeling down 2 inches to assist customer entry and exit.

Why is the Escalade Important?

Cadillac needs a hit.  The Escalade is Cadillac’s flagship.  The current Escalade is deeply discounted.  In the last year in a half, Cadillac as introduced three new SUV’s, these cars including the compact XT4, XT5 and the XT6 hasn’t sold as expected.

Lincoln also has two new SUV’s   The Aviator, which was Lincolns best selling vehicle last quarter and the new compact Corsair which was selling well.  Lincoln was one of just three auto brands and the only luxury brand to find itself in the black in first-quarter sales of 2020.

Cadillac desperately needs a model to get people into showrooms.   They have quietly introduced two completely new car models and three SUV’s.  If you cant recall one of the five, then you understand Cadillac’s problem.