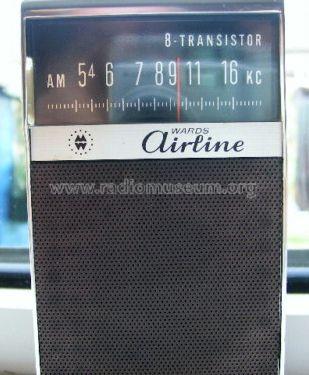 Before streaming, before DVD’s, CD”s, cassettes and Stereophonic sound there was AM radio. Every home had an AM radio. AM is where you heard preaching on Sunday. a place where you listened to sports, and every form of music from Classical to country was available on the AM dial.

At 10 years old, I became an owner of an Montgomery Wards transistor radio. I don’t remember asking for a radio, but from that time forward, music was a constant companion. With the exception of school and church my radio was always with me.

As a kid, I soon learned I was defined by the station I listened to. In the San Francisco Bay Area, the black station was 1310 KDIA. It was a staple in the black community. Most of my white friends listen to 610 KFRC. KFRC was more of a top forties station, while they played music by some Black Artist it was more of a Beach Boy, Beatles Station. For years ,KFRC was far and way the most popular station in the Bay.

I believe most people want to be accepted, to fit in. For some, its important to look, sound, act like everyone else. If you don’t fit into the norm of that area, that community, you are sometimes isolated. I like Rhythm and Blues but not every performer, not every song. At 10 years old, I didn’t listen to KDIA. Whenever I was around older kids, they would forcibly change my station to KDIA, because black people listen to KDIA! What I soon learned was to turn my radio off in the presence of my family and black friends.

In 1968, I bought my first record, a 45. ” I’m A Believer” by the Monkees. At the Montgomery Wards store in Richmond. The Monkees was rock band that was featured on a National Television show. With this purchase, many members of my family where shocked! The Monkees? Their white? WHITE!!! But it was my first record and I was barely twelve.

My first LP was the Soundtrack to Butch Cassidy and the Sundance Kid that featured the single “Raindrops keep falling on my Head”. This purchase solidified my position as the family oddity. He likes White Folks Music. My music tastes never bothered my mother but for most people in my family my musical taste would often be the topic. Why do you like white folks music? It didn’t matter that I had collection of R&B music. The issue was why white folks music?

By middle school, I was more of an oddity. If you were black, you listen to KDIA, my white friends listened to the popular KFRC. I didn’t like either station, I favored KYA, and KNBR. At home, these were my stations. Some members of my family asked if I wanted to be white? Friends would make fun of my music choices, if they did listened to KYA or KNBR they listened on the down low in private.

You couldn’t bring radio to school. But there was this one girl who listened to music during her open periods outside. Mexican, she sat apart from the other students, from a distance you could see her reading or writing. One day I was playing ball and chased a ball to where she was sitting. She was singing along with the radio. The song was “I want you back” I told her I liked that song too and she smiled.

A week later ,we passed each other in the hall way and I yelled “Jackson Five” to her and she smiled. Next time we saw each other, we introduced ourselves. I thought she was ballsy for bring a radio to school because they would confiscate the radio and you would get detention. I learned she brought the radio to school because her friends and family would criticize her for listening to non Spanish music. Her parents didn’t speak English and there was only one Mexican Am Station. She was questioned if she liked black and white boys because of the music she listened to.

Decades later, we thought it was destiny that brought us together. At fourteen we thought we.were odd and possibly a little damaged by our friends and families base on our music tastes. Our friendship was controversial as some people assumed we were a couple and years later I learned her parents removed her from the middle school because of our friendship and they moved to Stockton. We reconnected many years later with the help of mutual friends.

Through the years, I learned we weren’t alone is this musical racism. Some of my white friends who listened to KDIA and R&B music experienced violence by some family members. Records taken, doors kicked in demanding that they never listen to Nigger Music. One person clearly remembers her grandfather taking her radio and throwing the radio through her bedroom window breaking it. Telling her he wasn’t fooling with her if he ever saw her with a Nigger!

Many decades later, there still a few stories out there about me and my weird(their words) musical taste. My obsession with Lily Tomlin and Carly Simon. Today, those stories make me smile, I embrace my eclectic tastes. One wonders, did those people really like just R&B or were they afraid of criticism?

For generations in the United States, music was the one of the few things that unites us. Its difficult to control that foot, the feeling when a song engulfs your soul.

When I think back, this is crazy! Right!

However, this form of ridiculous racism exist today.