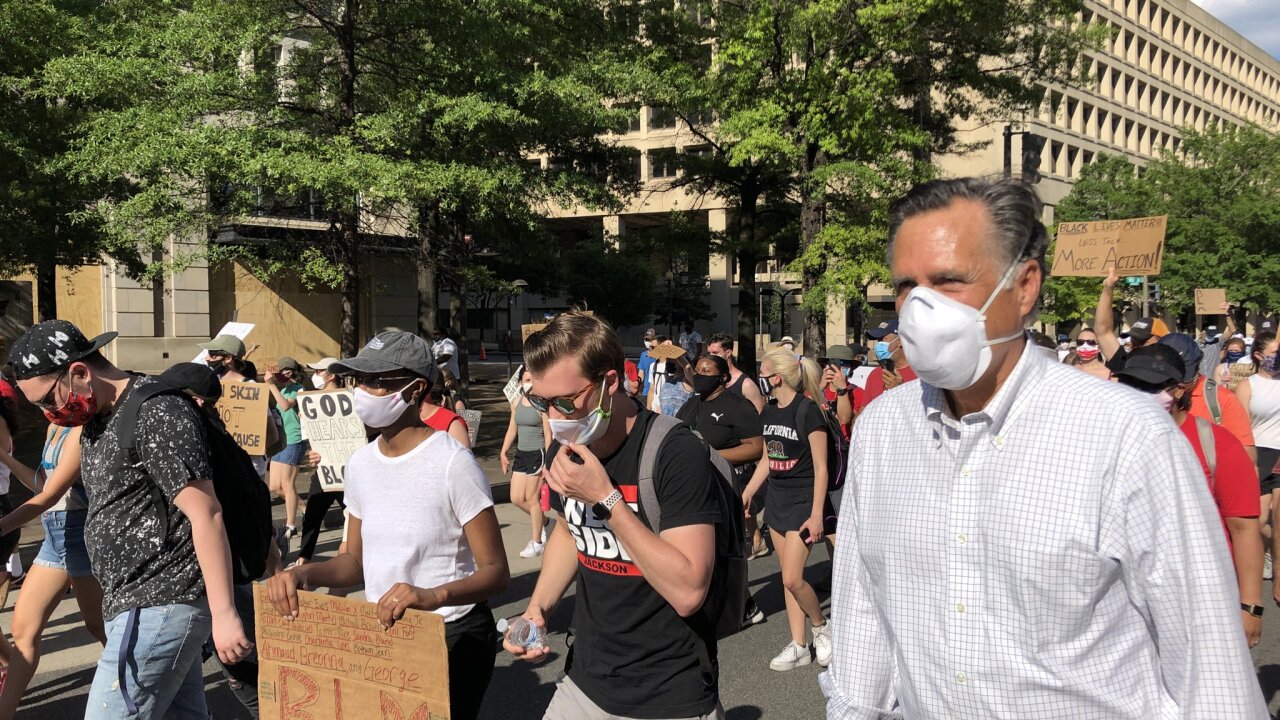 What they’re saying: Asked why it was important for him to be out protesting, Romney told NBC News: “We need a voice against racism, we need many voices against racism and against brutality. And we need to stand up and say that black lives matter.”