It’s not a warning its an invitation!

At 6:34 am Friday morning. President Trump in a tweet  warned “anarchists” and other “agitators” not to disrupt his campaign rally in Tulsa, Oklahoma

“Any protesters, anarchists, agitators, looters or lowlifes who are going to Oklahoma please understand, you will not be treated like you have been in New York, Seattle, or Minneapolis,” Trump tweeted Friday. “It will be a much different scene.”

This was not a warning this was an invitation.  The President wants to be known as the law and order President.  While he has been notably silent about the George Floyd murder he hasn’t been silent about how he would handle the protestors. He has criticised Governors and mayors and at one point threatened to send the Military. The President  has been raked over the coals by Retired General James Mattis ” the president is trying to turn Americans against one another.”

The President has been throwing red meat to his base, suggesting Antifa and other extreme organizations are responsible for the violence in the George Floyd, Black Lives Matter. His claims has been unsubstantiated. 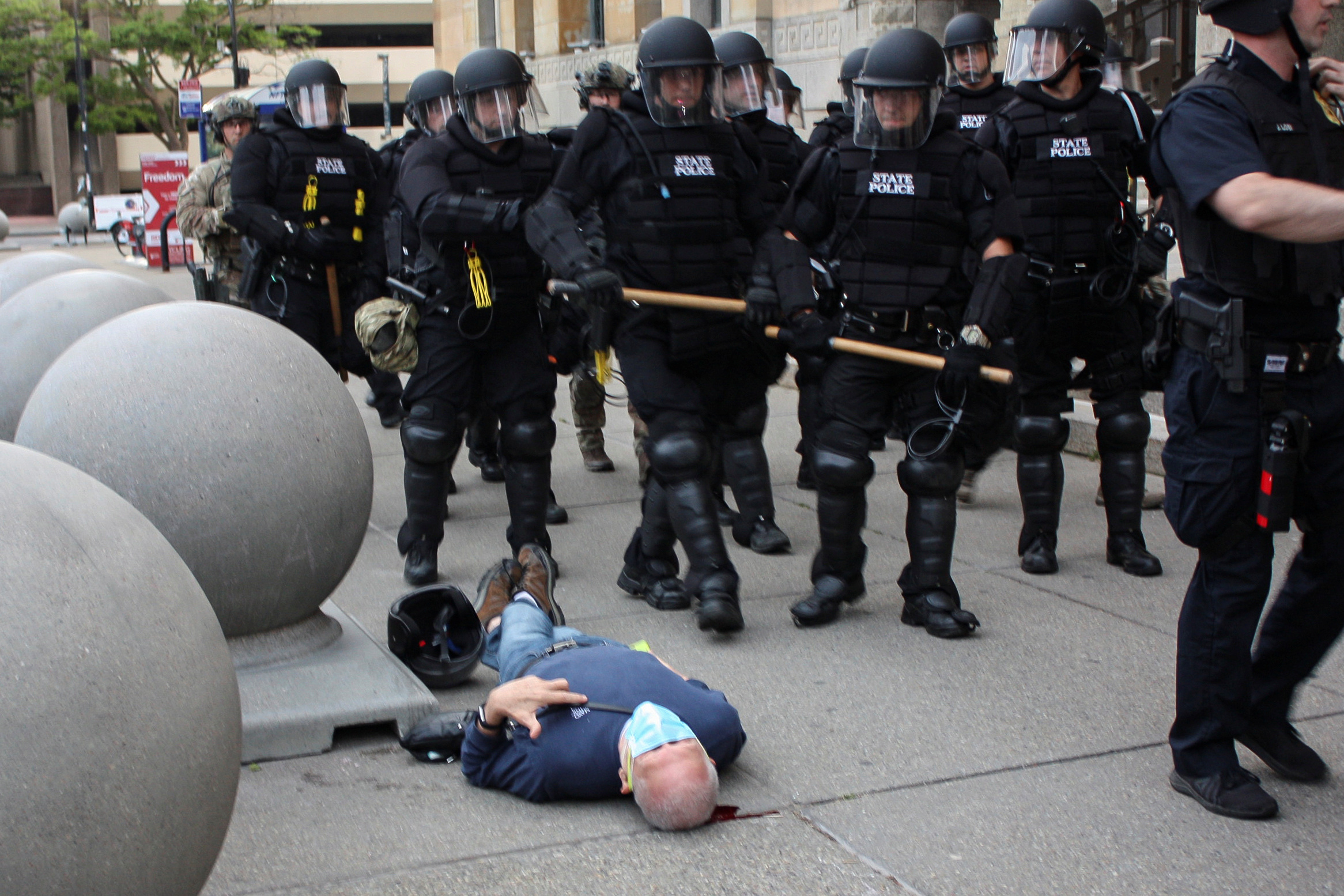 The President went so far as to suggest 75 year old Martin Gugino who was pushed to the ground by two Buffalo police officers and left bleeding was a member of Antifa. Mr Gugino suffered a brain injury and skull fracture is unable to walk.

Yesterday, Facebook removed a paid post sponsored by Trump and Vice President Pence, as well as by the “Team Trump” campaign page.  In the post was a red triangle. The red triangle was a symbol used by the Nazis to designate political prisoners in concentration camps. It was featured alongside text warning of “Dangerous MOBS” and asking users to sign a petition about antifa. Nearly 1.5 million people saw that post before it was removed by Facebook.

President Trump HAS to be seen as STRONG!  Tulsa could change the narrative.  While the media is focused on an increase new Corona Virus infections .  No media outlet is talking about the President’s encouraging extreme groups to convene in downtown Tulsa.

If there is bloodshed, the President will take credit for taking control. Expect him to repeat his Charlottesville performance. (There were good and bad on both sides).  This has little to do with his poll numbers or growing his base. This is all about his EGO and his perceived image.

Oklahoma law provides that a person is permitted to openly carry both loaded and unloaded firearms without a license for any legitimate purpose, if not in violation of any legislative enactment regarding the use, ownership and control of firearms such as the state’s handgun licensing requirements.

New Development: Tulsa officials have rescinded a curfew tied to President Donald Trump’s controversial rally scheduled there Saturday in an extraordinary reversal that came after Trump spoke with the city’s mayor.

Expect insendurary Tweets between now and the rally.