Entering most public spaces in France requires a mask and a squirt of hand gel. Photo: AFP
By; Emma Pearson/the Local France
While France has in recent weeks been able to lift many of its coronavirus restrictions – following better-than-expected health data – many others remain and it would be a mistake to think life in the country is ‘back to normal’, writes Emma Pearson.

As we entered ‘phase 3’ of lockdown and more restrictions were lifted, I decided to take a trip out of Paris, the fist time I’ve left the city since March.

Our 80km trip to Monet’s waterlily gardens at Giverny would have been unimaginable just six weeks ago and represented a giddy new freedom – but the trip also underlined just how much France has changed.Emma Pearson@LocalFR_Emma

I imagine the Monet gardens are normally busier than this in June . . Lovely for a tranquil day out in a beautiful place 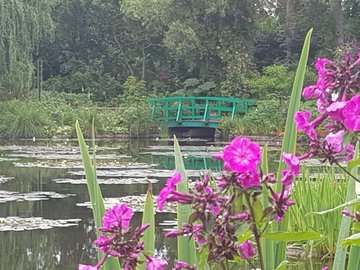 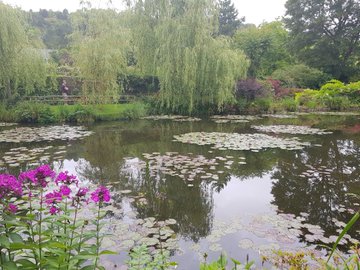 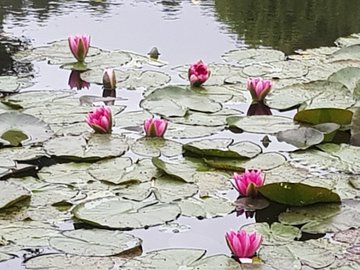 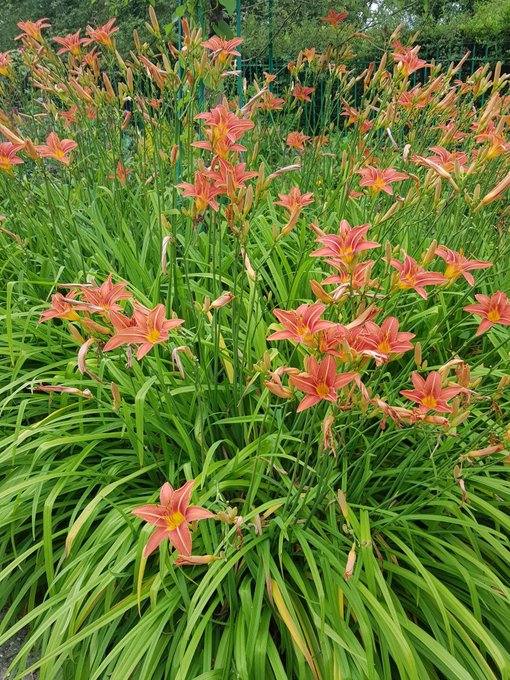 See Emma Pearson’s other Tweets
We spent large parts of the weekend masked – masks are compulsory on all public transport, and both the train out of the city and the Metro to the train station were plastered with signs reminding us of the rules on masks and 1m distancing. Failure to observe these rules can net you a €135 fine.

Masks were also compulsory in the gardens themselves – where entry was limited to small groups, with only pre-booked tickets allowed – and hand gel was required before entering the gardens, house or local art galleries.

This pattern will be replicated across France this summer where tourist sites such as the Eiffel Tower and Louvre are slowly reopening, but with a long list of new rules in place.

For those who work in the tourist business the lockdown has been devastating and while for residents the opportunity to see popular sights without the usual crowds of tourists is very pleasant, the small number of mostly French visitors at Giverny over the weekend will do little to restore lost livelihoods.

Masks are also the rule in cafés and restaurants. Photo: AFP

Our charming Airbnb hostess Vivianne, in between fetching us fresh raspberries from her garden and urging us to mangez, mes enfants!, revealed that we were her first visitors of the summer and she has ‘about a dozen’ bookings for the rest of the year.

Phlegmatically, she declared that she was going to have a ‘little rest’ this summer and visit her grandchildren instead, but at the restaurant we visited on Saturday the owners were clearly worried.

They had been allowed to reopen from June 2nd, as Normandy was in the green zone, but had chosen to stay shut for another fortnight, worried about whether their largely tourist-based clientele would return.

On the night we visited – the first Saturday since reopening – the place was full of friends of the owners who had come along to show their support – but unless the visitors return to the area soon they face a bleak and anxious summer.

In the restaurant the mask rule was also enforced – customers need to wear a mask on entry and it can only be removed once you sit down and must be put back on for trips to the toilet – and staff were wearing heavy duty plastic visors that covered their whole face.

Most bars and restaurants in France are operating similar policies although some may be stricter than others when it comes to reminding you to wear your mask.

Masks have never been compulsory on the street in France, although plenty of people do wear them especially in cities, but are mandatory in most public buildings, tourist sites and in many shops. This is unlikely to change soon, and France’s transport minister Elisabeth Borne said on Monday that she envisages masks remaining compulsory at least until November.

Around the country people are returning to offices and schools, but here too the list of regulations in place meant that nobody is likely to forget the health crisis.

Today marks the real reopening of schools in France. All kids are back in and everyday (relief for parents) for last two weeks of term. It’s obligatory (for most) rather than voluntary as it has been since May 11th. Big queues outside school gates to keep distances. 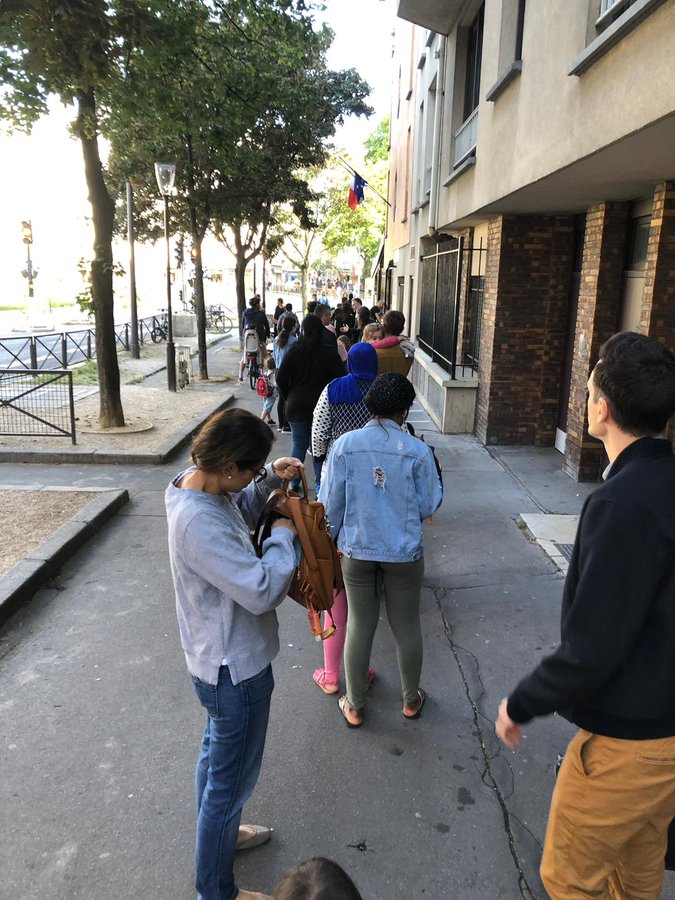 Yes, almost all pupils are back at school but in most places parents are not allowed in the building and must form a socially distanced queue outside to drop off or pick up their little ones.

And even that fragile normality can soon be shattered – as one Paris parent told us.

The young mother had just put her kid back in crèche full time and both parents were set to return to work when crèche called to say one child had tested positive for coronavirus. All the children in that group were then sent home for two weeks quarantine and be tested. The parents too were asked to stay home and quarantine until the test results come through. So their plans to return to normal routine were dashed.

Returning to work has also been a gradual process – rules on minimum space per employee mean that many people are splitting their time between office work and continuing to work from home, or working in staggered shifts to avoid crowding.

Today @TheLocalFrance is being produced from an actual office for the first time in three months. Feels good to be back! 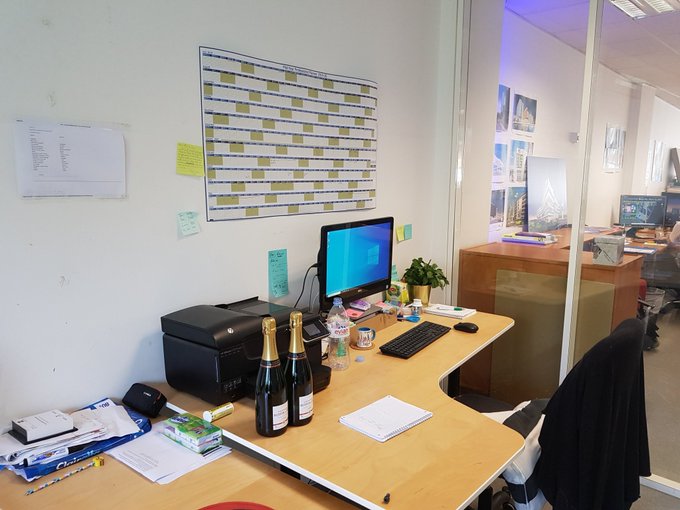 Hand gel remains the norm in the workplace and even on the street, where dispensers have been installed around towns and cities.

But for French people it is perhaps a cultural thing that is the biggest daily reminder of the crisis – la bise.

In normal times most friendly interactions begin with a double (or treble in some areas) cheek kiss. This is now banned as unhygienic and four months on its loss from daily life continues to cause confusion with no widely-accepted alternative in place. Some people wave, some bump elbows, some forget entirely and go in for the kiss only to remember and veer off while others just shuffle awkwardly.

TV viewers may have noticed French president Emmanuel Macron on his visit to London greeting British officials with a slightly awkward-looking bow. 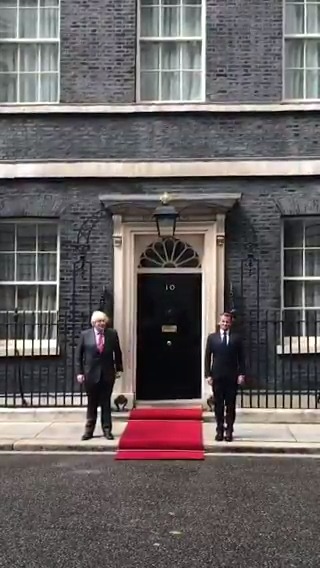 And hovering over everything is the fear of the ‘second wave’. While current data seems to show the virus is under control and worries over a spike in cases as lockdown rules lift have – so far – not materialised, many experts are predicting a return of the virus in the autumn.

France’s Scientific Council has ruled out a second nationwide lockdown and hopes that the country’s test and trace system will enable any new outbreaks to be contained. But legislation currently passing through parliament aims to replace the State of Health Emergency with powers for localised lockdowns if they become necessary in the autumn.

With the densely-populated city of Paris predicted as a likely ‘hot spot’ in any second wave, many people are taking the opportunity for trips away and nights out now, knowing that come autumn we could be confined to our homes again.

“Make the most of the summer,” one doctor in Paris told us.