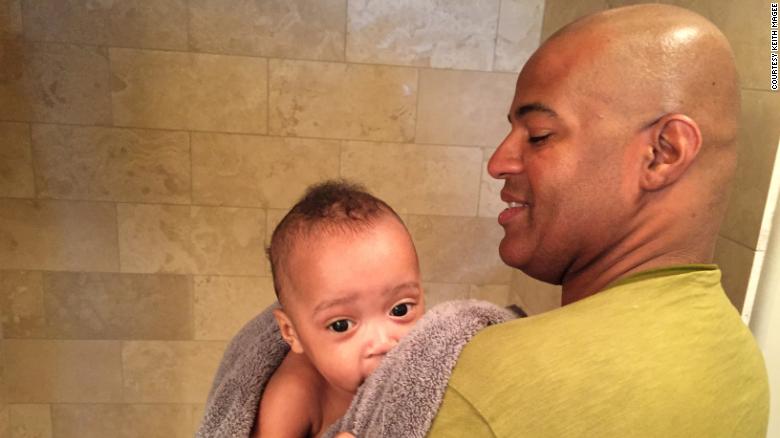 We are upon the first anniversary of a deplorable killing. Last May, outside of a grocery store in Minnesota, George Floyd — a Black man — was slowly, casually murdered by a White police officer. Floyd’s daughter, Gianna, is the same age as you — you could be playmates. That is how I know that Floyd certainly didn’t choose to “sacrifice,” as one politician put it , his life to the cause of racial justice, leaving her traumatized and fatherless. Sometimes, when I look at your beautiful face, I think of that little girl and my heart breaks.

My precious son, you came into my heart almost seven years ago as a gift that I know was heaven-sent. An endlessly curious, cheeky bundle of energy, you are brimming with self-confidence, slow to fret and quick to trust. You were lucky enough to be born in a country where dreams can come true, so they say, and I hope that this will be the case for you. But you were also born inside Black skin and in today’s America that is still, tragically, a burden to bear. Every day I pray for strength so that I may help you to carry that burden, make you proud of who you are, and teach you how to navigate the visible and invisible currents of racism.

More than anything else, I pray that I will be able to keep you safe. No child should have to know this, but as you start to roam beyond our contented, loving bubble you will encounter individuals who will see you as less than human because of the color of your outer layer. Some of them will even be the very people who have sworn to protect and serve you, and they will be armed.

We are descended from the Transatlantic African slave trade. From those who were transported here in chains more than 400 years ago and forced to toil land stolen from its Indigenous guardians. Since that time, Black and brown people have been fighting, first for our freedom and now for equality. You are not aware of it yet, but you carry the trauma of all this struggle within you, as do I. Many, many generations of our ancestors did not live to see their efforts rewarded, but sometimes something happens that is so deeply shocking it brings change in its wake. Sadly, that something is often the murder of someone who looks like you

In 1955 a 14-year-old Black boy called Emmett Till was tortured and killed by two White men in Mississippi. It was August 28 — the same date as your birthday — and the teenager had allegedly whistled at a White woman in a grocery store. Decades later the woman admitted the claim was a lie. A photograph of Till’s mutilated face generated a level of outrage across America that contributed to the emergence of the Civil Rights Movement (a high point of which, the momentous 1963 March on Washington, also took place on your birthday).

Till’s murder set your grandma on her own lifelong journey of anti-racist activism, through protest and journalism. She would be the first to admit that it hasn’t been enough; countless innocent lives have been lost or ruined by racial hatred since the lynching of Emmett Till.

Unlike in your favorite movies, in real life good rarely triumphs over evil after Black people are slain by law enforcement. However, Floyd’s murderer, Derek Chauvin was exceptionally unlucky — he got caught and he got punished. For here, at last, was a racist crime that the world couldn’t turn away from, thanks to the bravery of teenage Darnella Frazier , who filmed what happened. One day, no doubt, you will watch that harrowing video and you’ll understand why it sparked protest marches across the globe.

You’ll realize why you saw me crying over George Floyd’s death, and I hope you will say his name.

Although a jury convicted Chavin, that one man cannot carry the burden of every Black and brown life stolen by law enforcement. The fact that he was found guilty does not exonerate all the other past, present and future acts of police brutality. It doesn’t eradicate centuries of systemic racism, nor does it bring Floyd or any of the other victims back to their grieving families.

Policing in the US too often reflects the racism and divisions  that still pervade society, and the fact that many officers continue to treat us with hatred and fear should come as no surprise. However many “bad apple” officers we incarcerate, however many body cameras we impose on law enforcement, however much police reform we introduce, none of this will suffice.

We have to stem the flow of injustice starting within their hearts. I fervently hope that when you are an adult you will be able to look back on George Floyd’s murder, like that of Emmett Till, not just as an outrage, but as a major turning point, a harbinger of real equality. However, I fear that the potential of this moment to bring unity will be lost if my generation doesn’t act now to overcome racism and all its dire repercussions.

We urgently need to engage in an honest national conversation about our country’s past so that we can face up to it and move forward. Difficult as this may be, models such as South Africa’s Truth and Reconciliation Commission, assembled to deal with the abuses that happened during apartheid, show that it can be done.

Meanwhile, our local and national lawmakers should convene citizens’ assemblies, or charrettes, to bring together demographically representative groups of Americans to examine key contemporary issues impacted by race (for example, law and order, education and voting rights). This would enable citizens from across political and social divides to find common ground and recommend policies that lawmakers could then enact to eradicate racial inequality.

Perhaps, if you and your peers and allies carry on this work, your children and grandchildren will live in an America in which true justice is valued more highly than mere dreams. All police officers will look at people like us and think “protect and serve,” not “neutralize.

Healing will mean that Black and brown citizens who have been allowed to grow up free from the shackles of racial trauma will feel safe when they meet a police officer instead of fearing for their lives.

Being non-White will not equate with less access to decent health care and education, less financial security, less respect. The school-to-prison pipeline that currently afflicts our poorest, darkest communities will have been cut off and all young people will have hope for the future.

No one will ever view another human being as not quite equal because of the shade of their skin.

I believe this transformation will take decades, but if Floyd’s horrific death is to mean anything, let it mean this — real change starts now. Let Americans be unanimous in demanding it and hold each other’s souls accountable until we achieve it.

Coretta Scott King, the mighty widow of Dr. Martin Luther King Jr., once said, “Freedom is a never-ending process — you earn and win it in every generation.” For your sake, Zayden, I pray that my generation is up to the challenge

Keith Magee is a theologian, political advisor and social justice scholar. He is Chair and Professor of Practice in Social Justice at Newcastle University (United Kingdom) and Senior Fellow in Culture and Justice at the University College London. While he was a visiting scholar at Boston University, he founded The Social Justice Institute in 2014, which remains the hub for his independent work and research. He is the author of Prophetic Justice: Essays and Reflections on Race, Religion and Politics. The views expressed in this commentary are his own. View more opinion at CNN.