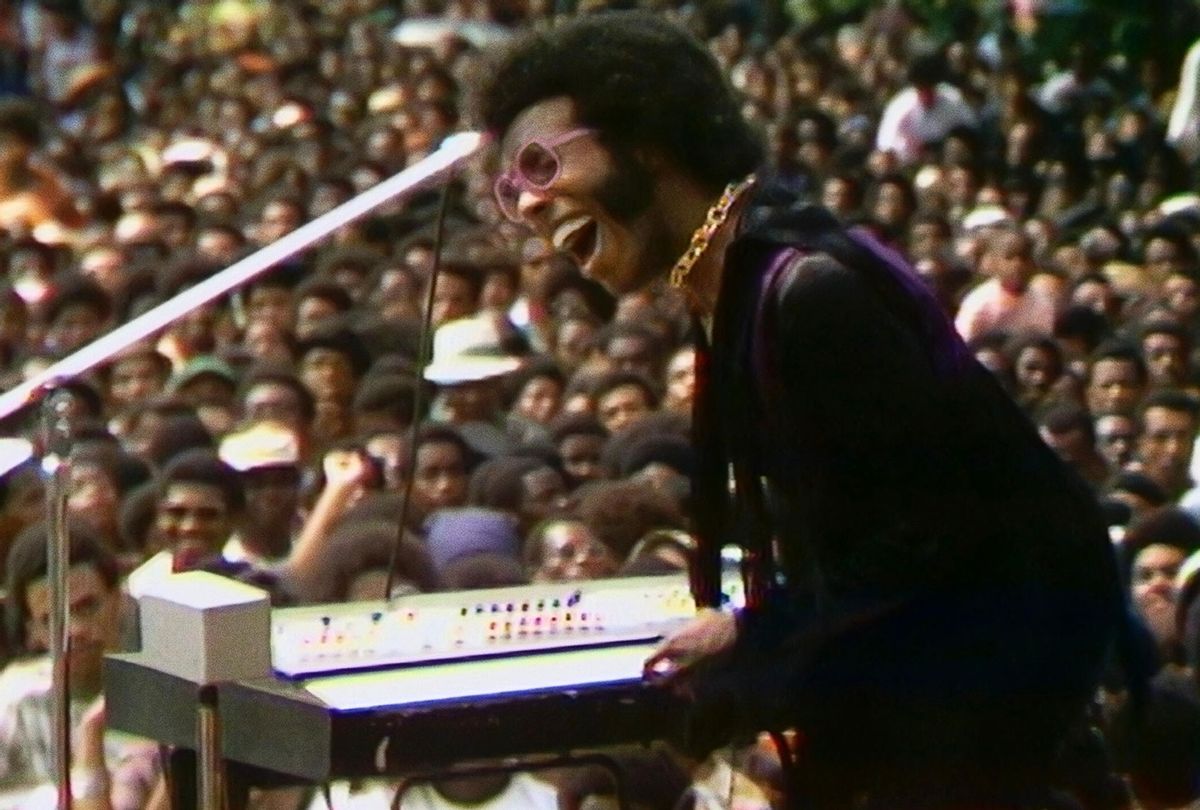 Leave it to Ahmir Thompson — better known as Questlove — to break into the documentary game in fine style. With “Summer of Soul,” the Roots’ joint frontman, drummer and world-breaking songwriter makes his directorial debut. As with the best films, Questlove’s narrative is shrouded in mystery, while leaving an emotional resonance that won’t be soon forgotten.

Subtitled as (“…Or, When the Revolution Could Not Be Televised”), “Summer of Soul” traces the story of the Harlem Cultural Festival, a series of concerts held in Mount Morris Park on consecutive Sundays from June through August 1969. While the Western world was entranced with Woodstock, some 300,000 attendees flocked to the Harlem festival, taking in such standout acts and artists as the Fifth Dimension, Sly and the Family Stone, B.B. King, Mahalia Jackson, Stevie Wonder and Nina Simone.

Television producer Hal Tulchin filmed the concert series in its entirety, searching in vain for a distributor to share the magical event with the world. And that’s where the mystery begins. For more than 50 years, the footage was stowed away in a basement. Over the years, as music historians bathed Woodstock and the Monterey Pop festivals in platitudes, the Harlem Cultural Festival was consigned to history’s dustbin. Until now, that is.Advertisement:

Thanks to Questlove — who set out explicitly to “correct history” — the story of the Harlem Cultural Festival is finally earning its due. And just as significantly, magisterial performances from a host of popular music’s most defining artists are finally seeing the light of day.

After producer Robert Fyvolent learned about the footage’s existence, he bought the rights from Tulchin, paving the way for Questlove to bring the festival’s story to life. The result is simply breathtaking. In Questlove’s hands, the performances come alive as fresh and impactful as if they were produced last year, much less five decades ago.

For his part, Questlove couldn’t help wondering, “What would have happened if this [festival] was allowed a seat at the table? How much of a difference would that have made in my life?” As it stands, the previously unseen footage depicts many of our greatest artists working at the height of their powers.

Take the Edwin Hawkins Singers, belting out “Oh, Happy Day” with unchecked abandon. Or the Fifth Dimension, their harmonies soaring ever higher on “Aquarius/Let the Sunshine In.” Thanks to Summer of Soul, audiences can watch, mouths agape, as 19-year-old Stevie Wonder breaks off a drum solo for the ages. Or experience Gladys Knight and the Pips singing “I Heard It Through the Grapevine” in pure technicolor. And then there’s Sly and the Family Stone, performing their counterculture masterwork “Everyday People” with the kind of gusto that can only be achieved in front of a sea of enrapt concertgoers

But in the end, as Questlove reminds us, the most important aspect on display during that fabled summer was, pure and simple, “Black joy.” Summer of Soul is a wonder to behold.

“Summer of Soul” is streaming now on Hulu.

Kenneth Womack is the author of a two-volume biography of the life and work of Beatles producer George Martin and the host of “Everything Fab Four,” a podcast about the Beatles distributed by Salon. His book “Solid State: The Story of Abbey Road and the End of the Beatles” was published in 2019 in celebration of the album’s 50th anniversary. His latest book, “John Lennon, 1980: The Last Days in the Life,” is out now.