Traditional thinking is that employees should stay at a company for the long term – or at least a few years. But many workers swiftly switching roles are earning greater career riches.

IIn the past 18 months, Anna, 29, has had three jobs. In that time, the London-based digital marketer has fast-tracked her career. With each move, she’s worked with higher-profile clients, gained greater experience and acquired deeper skills that now give her leverage in a buoyant job market.

There has also been another significant pay-off: Anna’s successive job moves have meant her salary has grown by 30% in a short space of time. “I simply wouldn’t be in the position I am now unless I kept changing jobs,” she explains. “I started at a small start-up, and have quickly worked my way up. Each role has been an upgrade on the one before – I wouldn’t be on the pay I am now by waiting for a promotion.”

Rather than strategically planning her moves, Anna, whose surname is being withheld for career concerns, says she’s opted to change jobs – even industries – whenever a better opportunity has arisen. “Unless I really enjoy the role, I don’t see the point in staying for years just for the sake of it,” she adds. “If I can find more fulfilling work and effectively gain a promotion elsewhere, then how long I’ve stayed at a company shouldn’t matter.”

Workers like Anna who forego the traditional career-ladder climb, and instead jump from role to role, have often been stigmatised; in the 1970s, job hopping was likened to vagrancy and branded ‘Hobo Syndrome’ by industrial psychologists. As such, the practice has received a bad rap in many quarters; from recruiters and executives, but also older workers for whom accruing career capital was a hallmark of professional life.

However, these stereotypes may be outdated. In a tight labour market and an environment where companies show less and less loyalty to workers, many of those who job hop are reaping the rewards, gaining sizable pay rises and greatly accelerating their career progression. The question: is this approach to employment sustainable – and can it come back to haunt those making so many rapid moves? 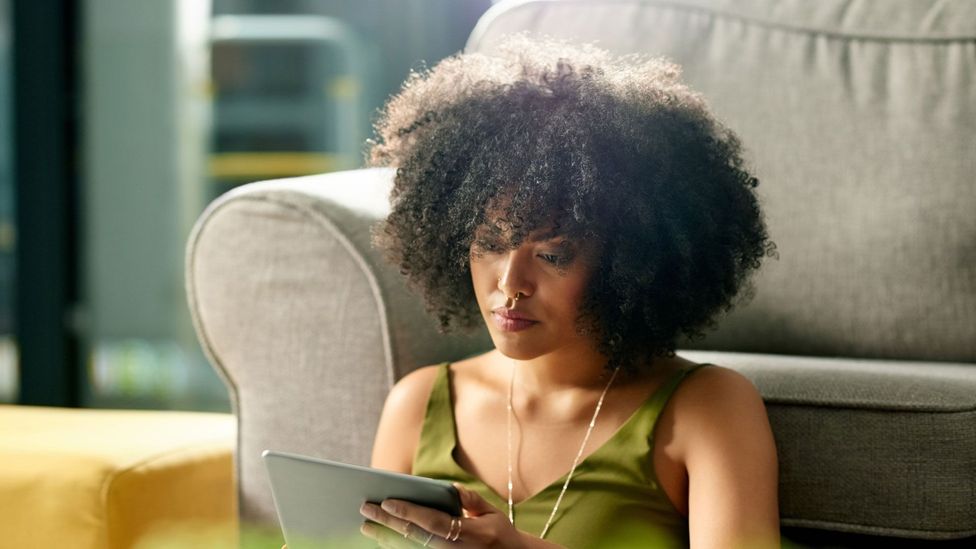 Many of the workers who are constantly searching for new roles are millennials and Gen Z, for whom company loyalty is a much lower priority (Credit: Getty Images)

For past generations, the tacit contract of work implied that companies would reward loyalty with progression and pay. This arrangement, however, began to break down in the 1980s. “Many companies downsized and saved money through mass layoffs,” explains Christopher Lake, assistant professor of management at the University of Alaska Anchorage, US. “More workers began to feel disposable, and that their job could be eliminated at any time.”

In the wake of this, strategically moving around the job market became more common, says Lake. By the 1990s, a new mentality had developed: job hopping. “Rather than letting their progress be dictated by a single employer, many workers felt empowered to actively manage their own careers: moving between companies as needed to advance, gain new skills or look for new opportunities.”

Recently, job hopping – which Lake defines as switching roles once a year – has flourished, with younger workers driving much of this movement. US Bureau of Labor Statistics data shows that not only do employees aged under 34 change jobs most frequently (an average of 1.3 years for employees aged 20 to 24 in January 2020, versus 4.9 years for those aged 35 to 44), but they’re doing so more often: median tenure has been shrinking since 2010.

Following the Great Resignation and subsequent hiring crisis, job hopping seems to have swelled even further. In a February 2022 LinkedIn study of more than 20,000 US workers, 25% of Gen Zers and 23% of millennials said they hoped or planned to leave their current employers within the next six months. Lake says with greater choice, workers have had greater opportunities to job hop. “In order for someone to move around, they need enough options to find a better job.”

However, adds Lake, there has also been a generational shift in attitudes towards work. “We’ve seen a growing re-interpretation of what a career is for people, even before the Great Resignation. The traditional model was to work for a company who would effectively decide your progression for you. Today, people are autonomous – they want to take control of their career.”

In many cases, when workers job hop, they effectively take bigger strides down their career path. “When people change jobs, they collect skills, abilities and knowledge they can use in a future role,” says Lake. “A worker that’s job hopped will likely have a greater wealth of experience to draw from, leading to a wider variety of jobs and companies available to them.”

Lauren Thomas, European economist at company-reviews website Glassdoor, based in London, says workers often job hop because of slow internal processes at their company. “Moving to a new job can be a faster and easier way to progress to the next level in a career.”

If I can find more fulfilling work and effectively gain a promotion elsewhere, then how long I’ve stayed at a company shouldn’t matter – Anna

Employees are often financially rewarded for switching roles, too. In the UK, Office for National Statistics (ONS) data shows workers who change jobs within a year of beginning a role have consistently higher hourly wage growth over those who stay; workers aged 16 to 24 make the biggest salary gains. In the US, an analysis of 18 million worker salaries showed the wages of job switchers in 2021 outpaced those who stayed in a role; in some industries, workers received nearly a 12% pay rise.

“Job hopping is one of the easiest ways to gain a significant salary increase,” says Thomas. “While staying for a long time in the same role can result in below-market pay, finding a new job usually means instantly receiving the market rate.”

However, job hopping often comes with a stigma attached – one that’s enshrined by older and more senior hiring managers.

“Job hopping is perceived differently between the workforce and agents of a company, such as executives and bosses,” explains Lake. “Much of it comes from the frustration of investing time, money and energy in hiring someone, only for them to stay for a few months.”

The stigma may also come from a generational divide: those who have spent decades at a company, and reached the top of the career ladder, are often its key decision makers. “Job hopping is a red flag for recruiters – it’s just more overlooked during a hiring crisis,” says Lake. “When the job market tightens, that’s when companies can be really picky again. A resume showing too much movement may be quickly eliminated from the applicant pool; the candidate may have a harder time finding new employment.”

Over the longer term, workers with a long track record of job hopping may eventually risk hitting a wall, dramatically limiting career options. “The longer they job hop, the odds are they’ll apply for vacancies and, over time, run into a manager who doesn’t want to hire them over concerns they won’t stay,” says Lake.

The constant churn of leaving a job and beginning a new one can also form a potentially problematic behavioural pattern; employees facing problems at work can be tempted to quit rather than grind it out, impacting their long-term career prospects. “An employee moving jobs too often can mean they aren’t in a position long enough to truly learn the role or gain new skills,” says Thomas. “It can ultimately damage a person’s career: it may be challenging to demonstrate to a new employer previous proficiency and achievements.”

While ONS research shows job hoppers typically experience greater hourly wage growth, the same data shows they’re still generally paid less overall per hour than workers who remain in longer-term employment. Rather than gradually accumulating expertise and social capital at a company, job hoppers can find themselves stuck in a loop of quitting and starting over, forever in a transitory state between new and old roles.

Constantly changing jobs can also come with a psychological toll. “It can become a vicious cycle,” says Lake. “You’re in a new job and it’s great for a while, only to find there are things you don’t like and begin looking for the next one soon afterwards. The ups and downs of that process are really emotionally taxing.” 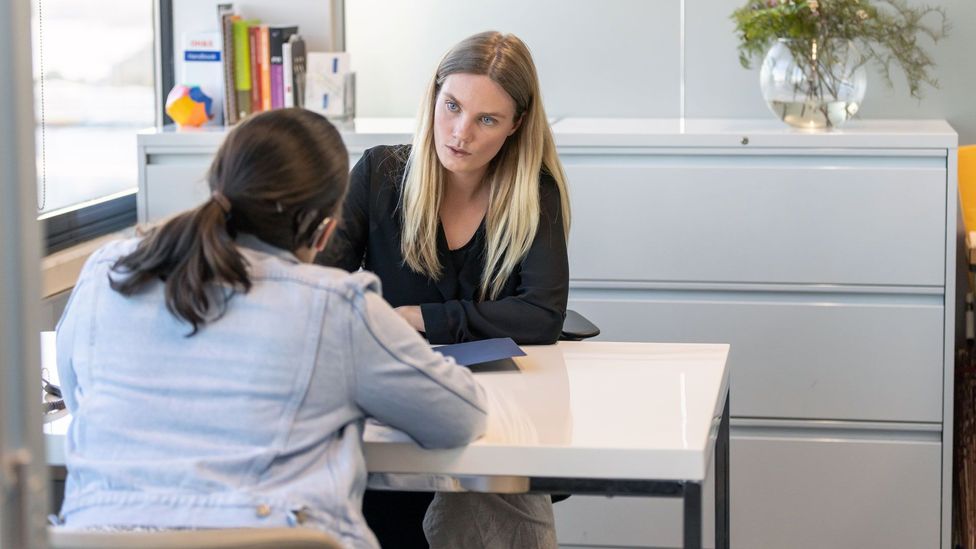 Some recruiters won’t necessarily flag short stints at multiple companies, but other recruiters may see them as a red flag (Credit: Getty Images)

Thomas believes that given its prevalence, job hopping is no longer taboo. However, its acceptance is generally industry dependent. She cites tech as an example where employers more readily expect multiple companies on a CV: “They see it as a sign of diverse experience, rather than unreliability.”

In other sectors, while an occasional short stint is likely to be overlooked, a consistent pattern of job hopping – new roles around every year or so – may arouse suspicion among recruiters. Until younger workers who have job hopped climb the ranks to do the recruiting, hiring managers from older generations may be more likely to offer roles to those they believe will be loyal to an employer.

As such, some strategy appears key to job hopping: framing moves as a short-term tactic for a longer-term career boost, allowing workers to reach new heights faster. “Much of it comes down to making the right move at the right time,” says Lake. He adds that lateral moves come at greater risk in that workers may end up swapping one set of problems for another. “It has to be an overall upgrade: if someone has a history of job hopping over the past five to 10 years, then they really need to think if their next move is actually going to benefit their career.”

For these reasons, younger workers at the beginning of their career trajectory often have the greatest scope for job hopping – with also the greatest potential pay-off.

Anna knows her own job hopping isn’t an open-ended strategy: her hope is that it will come to an end with her new role. “My past employers haven’t made an effort before in terms of offering me a career path or progression,” she says. “I’d just be left presuming that, being lucky, I’d maybe get a promotion after three years or more. And that’s why I job hopped.”

Lake says until employers reward loyalty more, job hopping will be inevitable. “I wish it were different, but an employee can’t assume their company will take care of them. Training, development opportunities and success planning are really important incentives that help keep workers around for longer. Instead, to get ahead and have a fulfilling career, employees often have to be an active participant and move around the job market.”